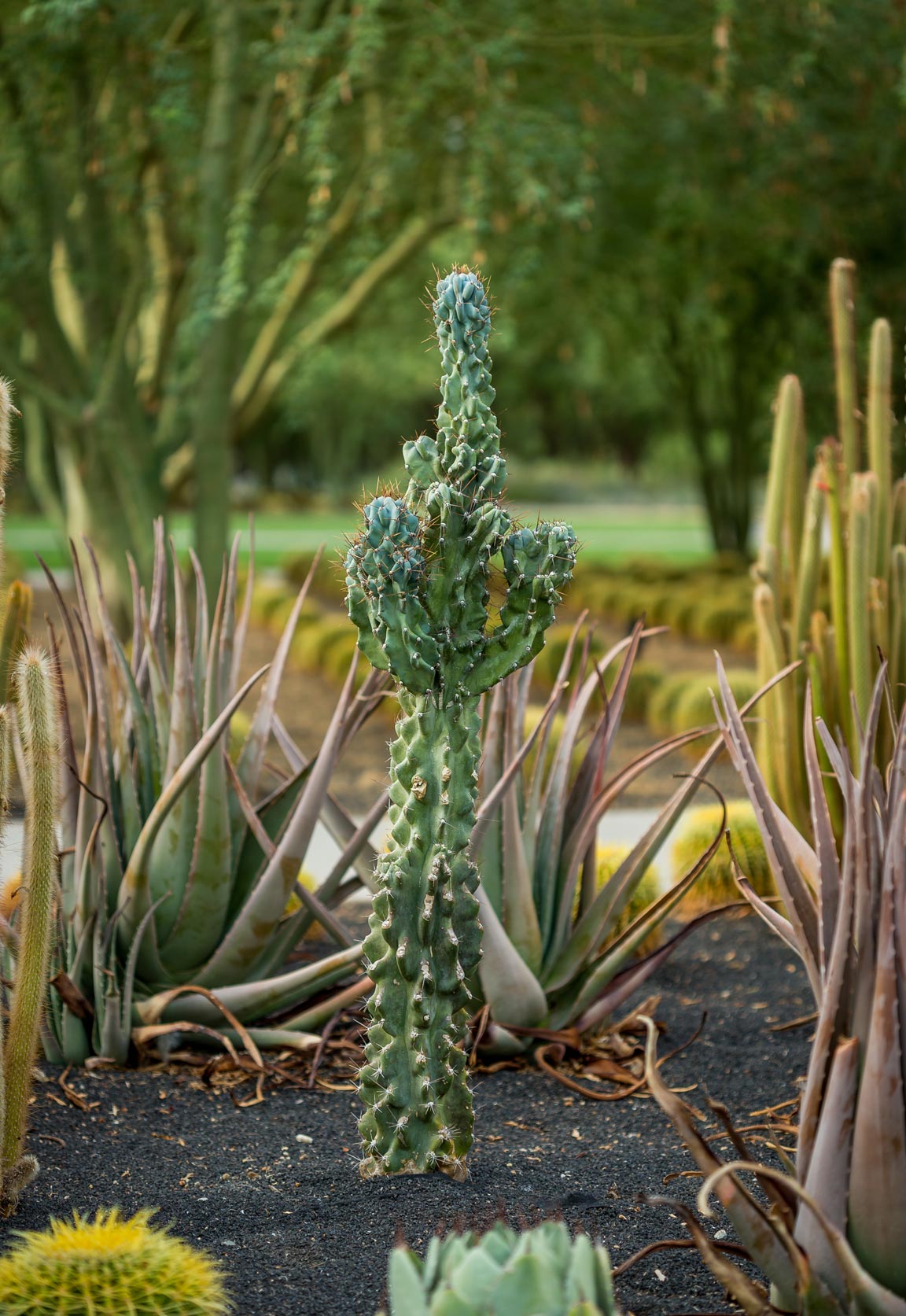 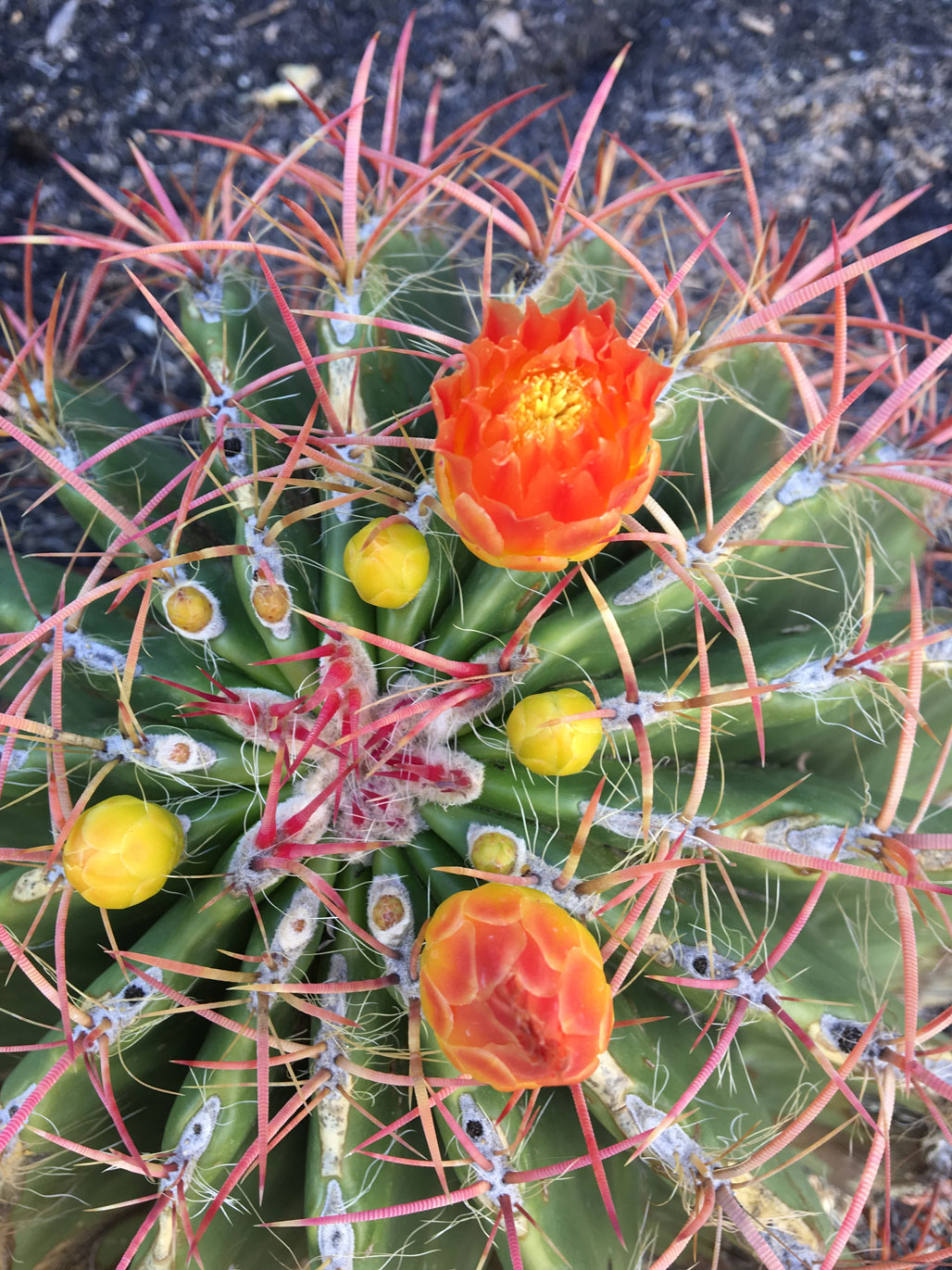 Fish Hook is found in specimen beds between the café and solar field, and around the wildflower field. This barrel, from the same genus as the Blue Barrel, is easy to distinguish by the variety of its spines’ shapes. The name comes from large, flat spines that appear on this cactus and curve to form a hook. These central spines have been used by the local Seri people as fish hooks, and all parts of the cactus have been used for food or tools. 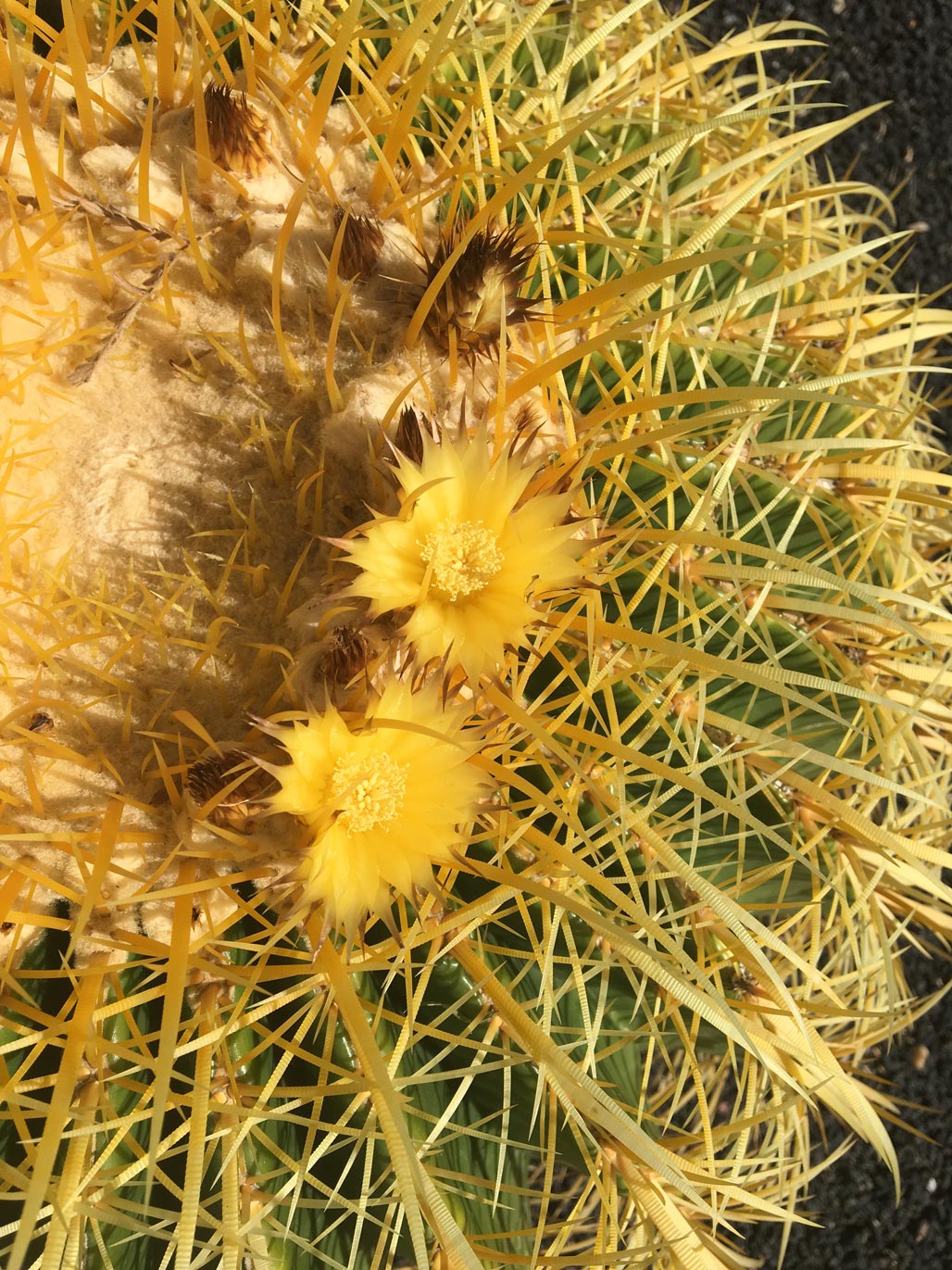 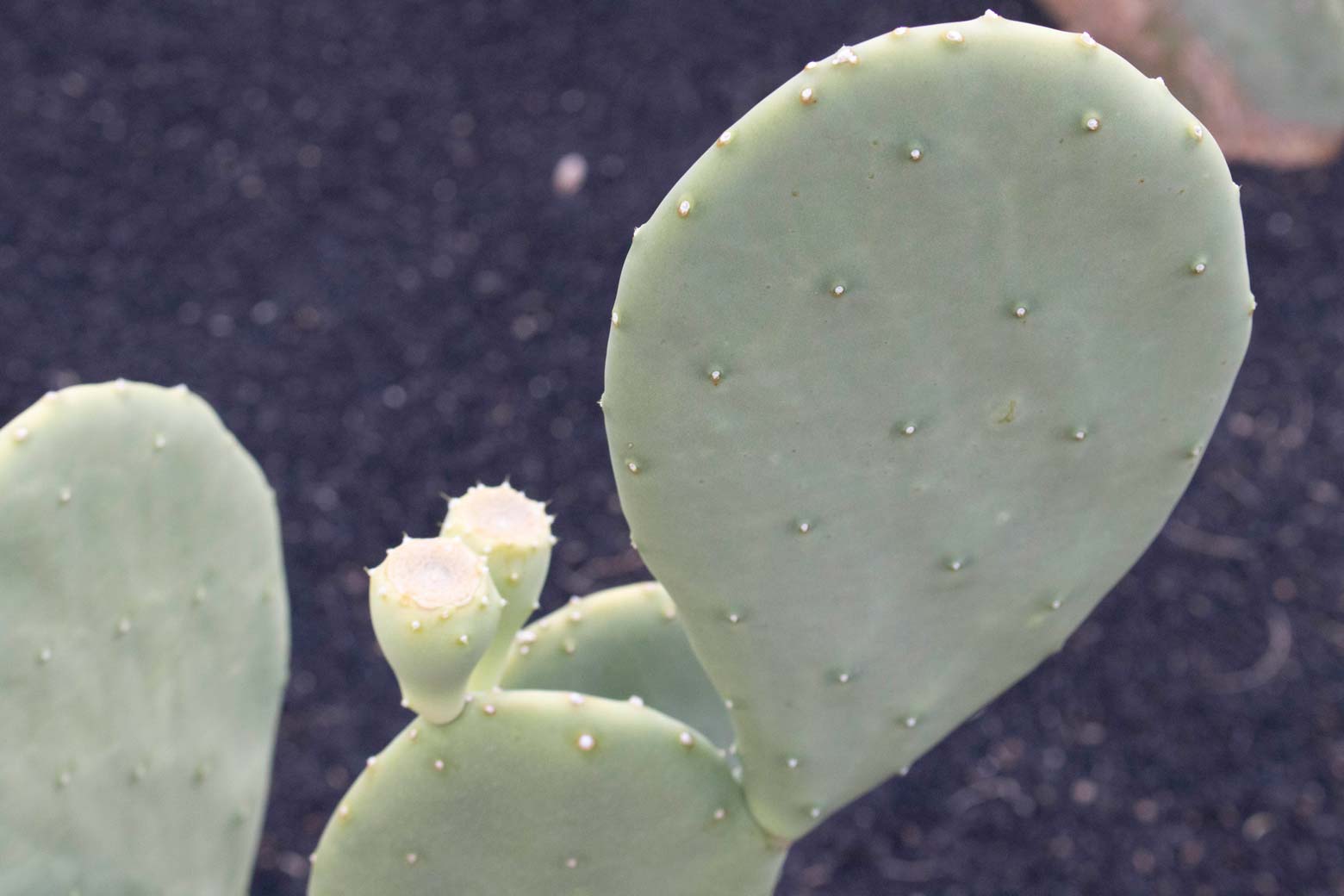 The Spineless Prickly Pear, known as Ellisiana, is a cultivar of the Opuntia cacanapa. A popular, cold-hardy variety, it can be found in the specimen beds between the café and the solar field. It boasts high heat tolerance and cold tolerance to zero degrees, making it a desirable choice for deserts with wide temperature ranges. It has a spreading nature, so it can fill in larger spaces.

It originates from species in southern Texas and Mexico. 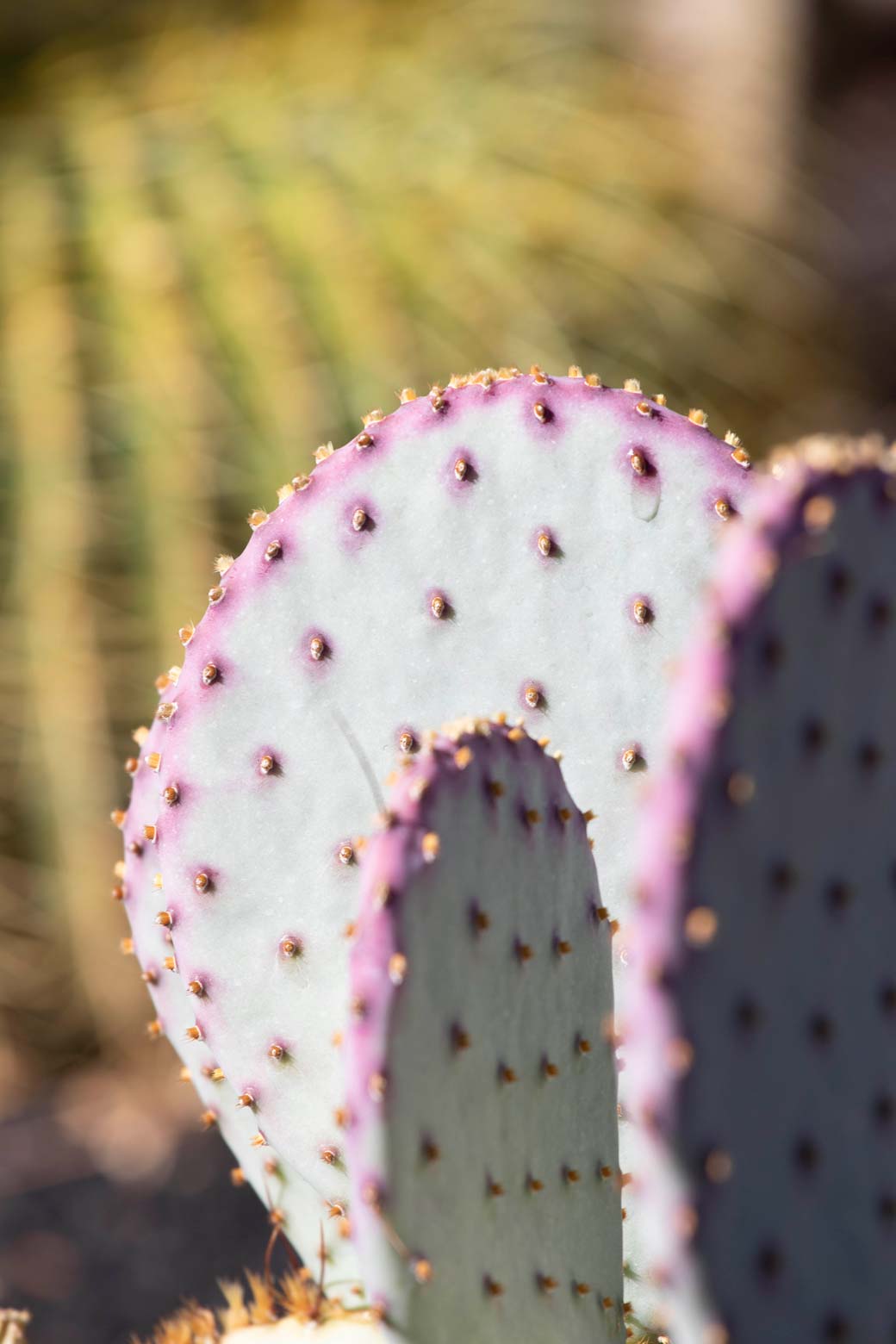 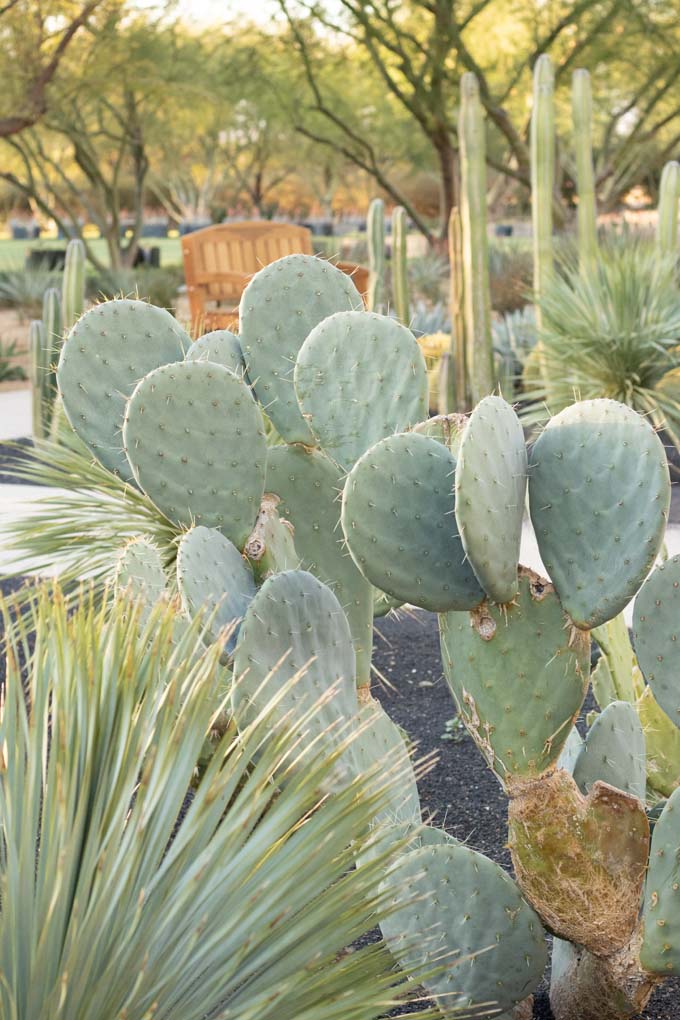 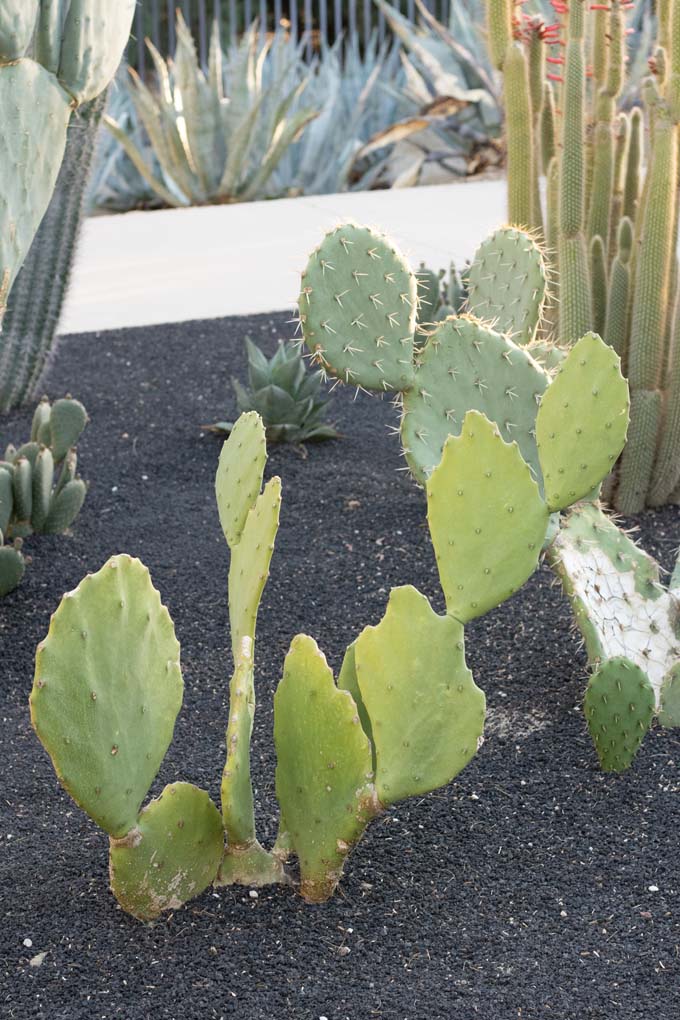 Old Mexico is one of the Opuntia in the specimen beds between the café and solar field. It has bright green pads (stems) with vivid yellow spines (leaves) and it makes a wonderful accent plant in gardens. The spines will stand straight and may be accompanied by glochids, which are small barbed spines that appear like fur. The plant needs plenty of room to grow as it branches wide, sprouting new pads to create a large shrub appearance.

Old Mexico is sometimes classified as lindheimeri (Britton and Rose) and has some of its characteristics, but it is distinct on its own, and intermediates have not been identified.

Blooms are bright yellow and funnel-shaped. Fruit is dark purple, and like other Opuntias, this plant is a food plant.

It is common near the Rio Grande delta and some inland areas of southern Texas. 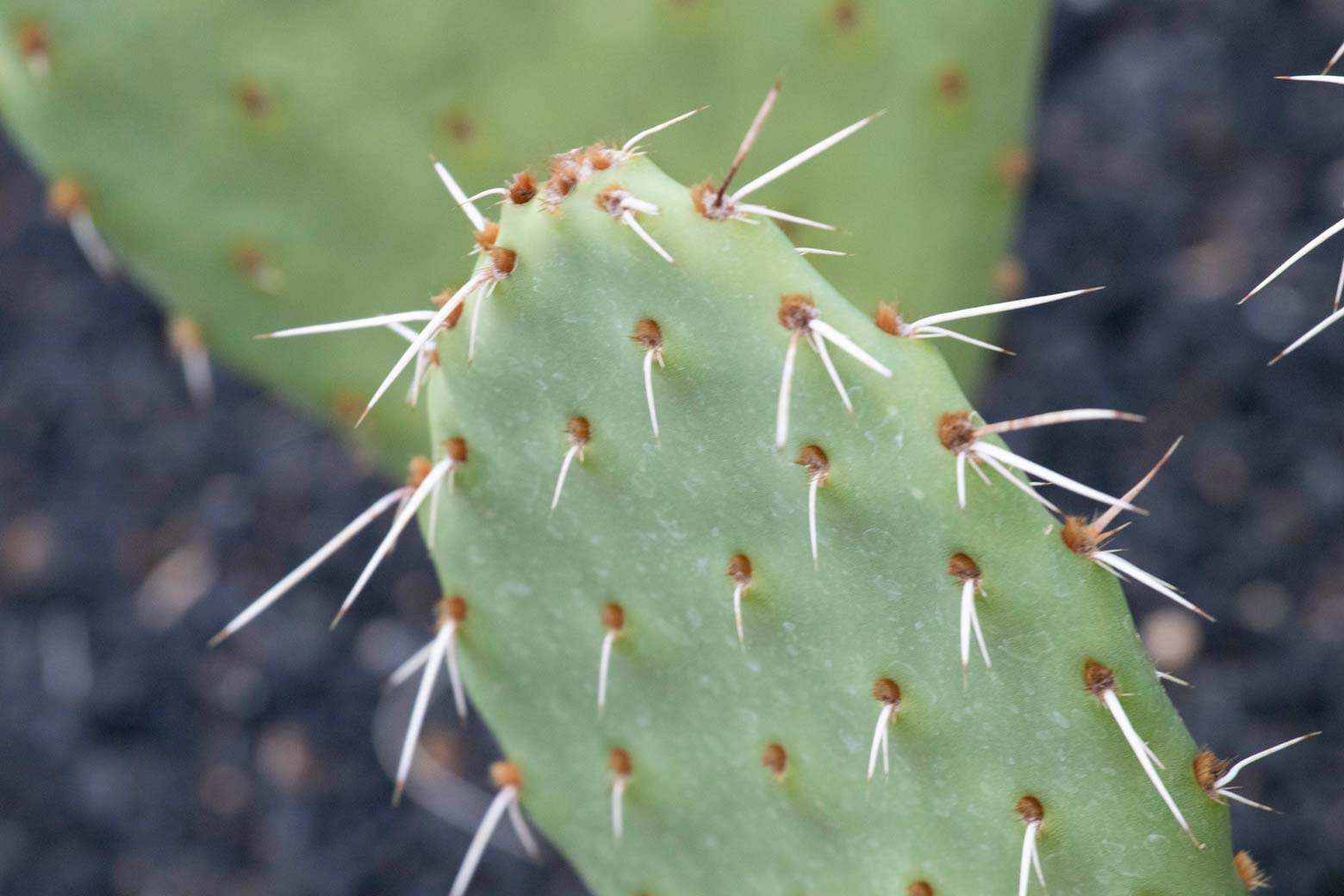 This is one of several Opuntia in the specimen beds between the café and solar field. A sprawling, shrubby Opuntia, it will grow in many directions. It doesn’t usually form stems, instead pads spread from the base. Its pads can grow up to a foot long, and its spines (leaves) can be quite variable and, on some plants, completely absent. It has hybridized into many varieties that occur in different regions as a result of human selection, use, and its tendency to replant easily in disturbed areas.

Its bloom is yellow to reddish in color, and many parts of the plant are used for food and medicine.

Its distribution is widely spread through Arizona, New Mexico, Texas, Oklahoma, and Louisiana, and in San Luis Potosí, Tamaulipas, and Hidalgo, in northern and central Mexico. 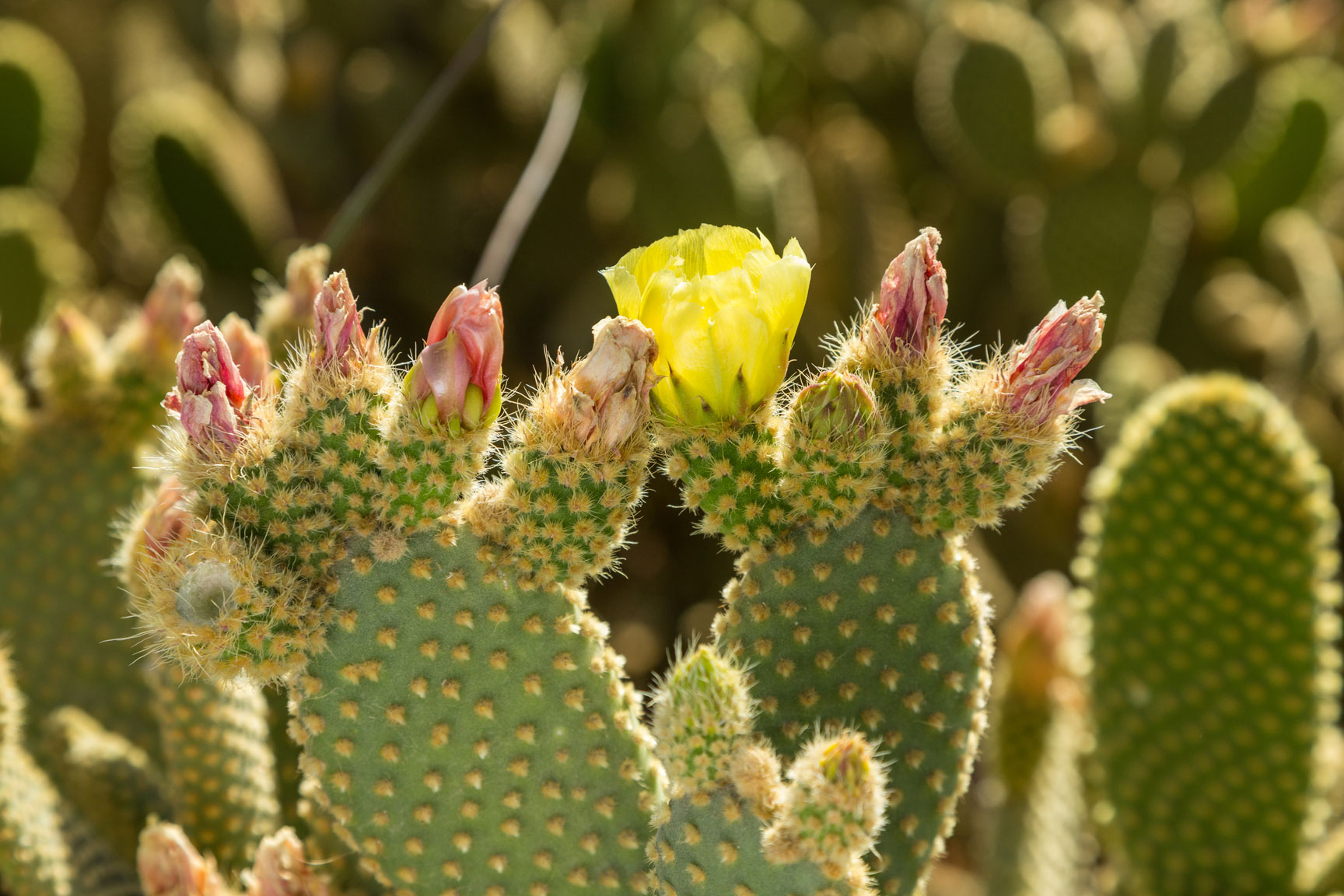 Bunny Ear is found along the path that surrounds the wildflower field and in the specimen beds between the café and solar field. It is a beautiful example of the Opuntia genus, displaying small pads with spines placed close together that give it a fuzzy appearance.

With a common name that evokes a soft and cuddly image, Bunny Ear is a very misleading cactus. The fuzzy hairs on its pads are not soft and touchable. They are groups of spines known as glochids, which are small but strong in bite if you mistakenly brush against them. They are delicate and break off easily at the skin’s surface, but their barbed spines, left embedded in the skin, are very difficult to retrieve. The pain from the almost invisible embedded spines can last for days, sending a stinging sensation each time that part of the skin is touched.

REMOVAL OF GLOCHIDS: If you accidentally touch this cactus, do not attempt to wipe off the glochids, as they can attach to other parts of your skin, causing additional wounds. The best removal strategy is duct tape. Though it may not get all the spines, it is an effective remedy for most. Tweezers and a magnifying glass are good tools to remove the rest.

Bunny Ear blooms in the warmer months. Soft yellow cup-shaped blooms will appear, which are a delight to many pollinators. North and South American desert plants have a unique pollination strategy with native bees. Rather than using leg pouches like honeybees, solitary bees roll around in the flower cups, covering themselves in pollen to be distributed at their next stop. Catching them in the act is a delight, reminiscent of a dog rolling in grass.

Native and endemic to northern and central Mexico. 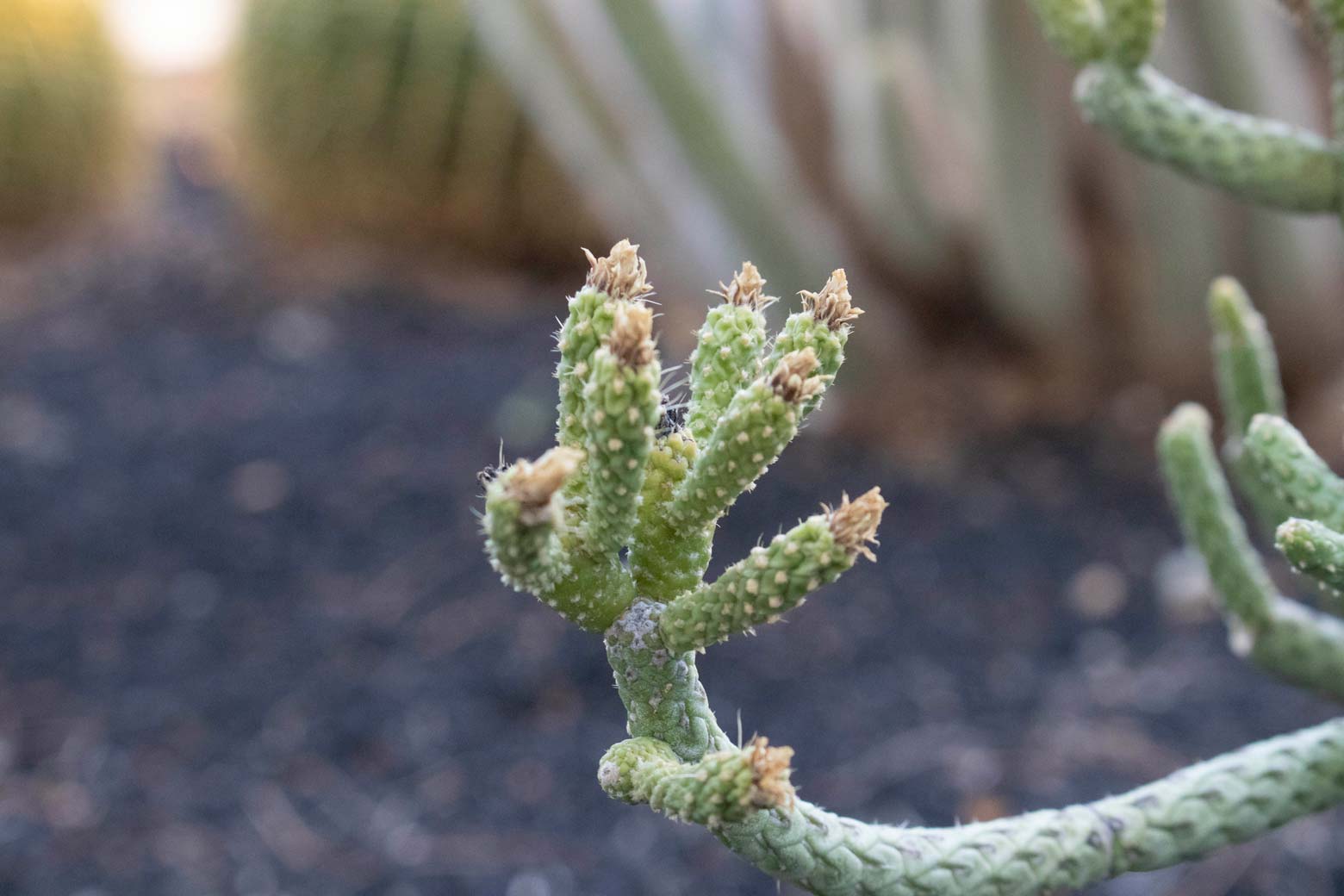 The Walking Stick or Cane Cholla is a compact tree-like cholla that produces unique looking whorled branches. In water, it follows the pattern of some other cholla species and turns a flush of purple. It has the ability to form hybrids with other chollas, including Teddy Bear or Jumping Cholla, which is also planted in the specimen bed.

It blooms red to purple, yellow, or white blossoms, followed by spineless fruit that are yellow tinged with purple and will remain on the cactus until the following spring.

Its origins are the desert and grasslands of Arizona and New Mexico in the United States and the states of Sonora and Chihuahua in Mexico. It prefers high elevations well over 6,000 feet, due to a strong frost tolerance.