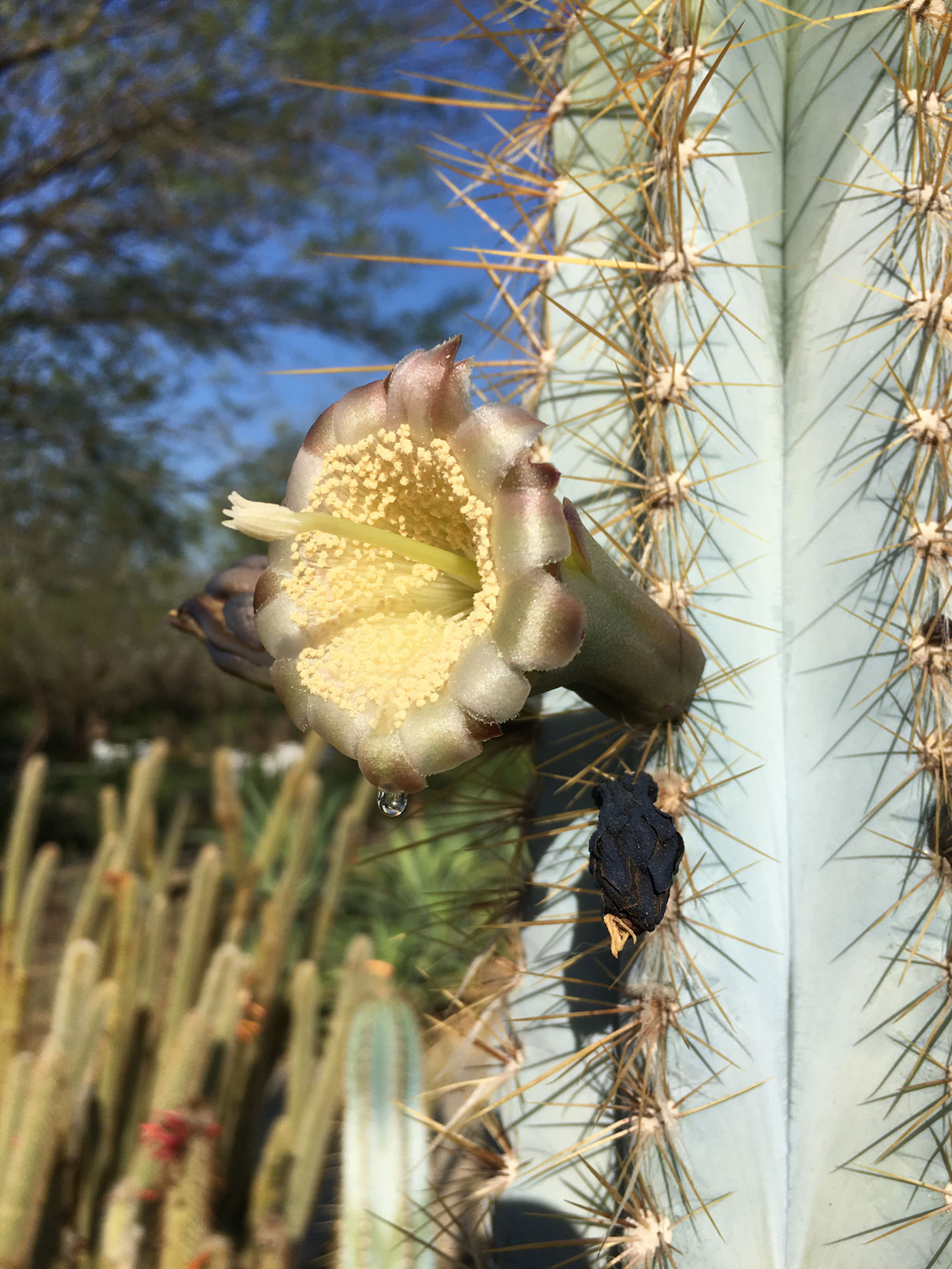 Blue Torch is in the specimen beds between the café and the solar field. A stunning columnar cactus, Blue Torch can range from a gray-blue to almost sea-foam blue in color. This species can grow to 20 feet, becoming tree-like with a center stalk and erect branches. Its golden spines will become gray with age.

The species azureus is synonymous with pachycladus, which is the name used in Edward F. Anderson’s 2004 edition of The Cactus Family.

The blooms of this genus are highly variable with some displayed as short and cup-shaped, and others reaching farther out to elongated bell-shapes. The bloom color is consistently creamy white. 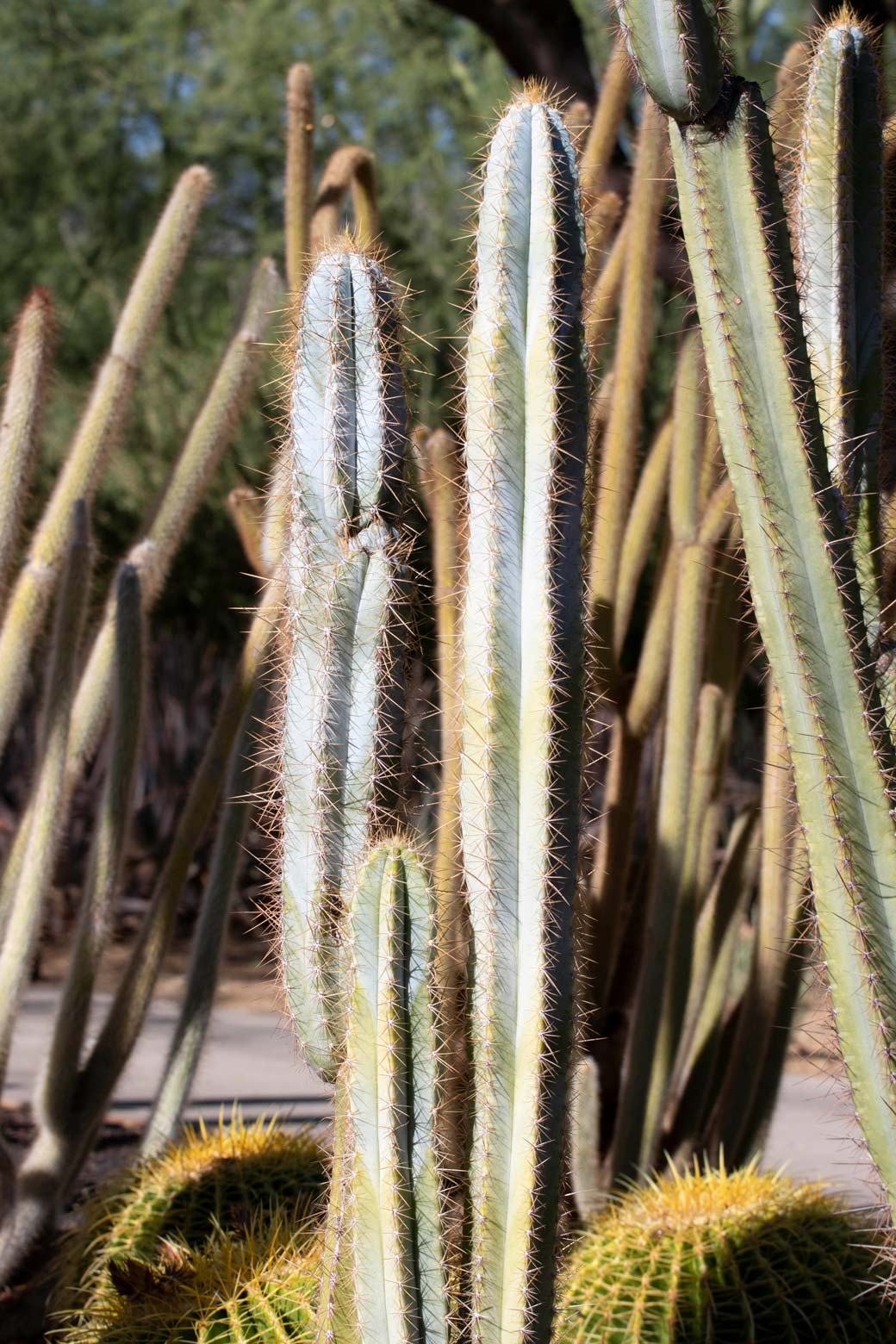 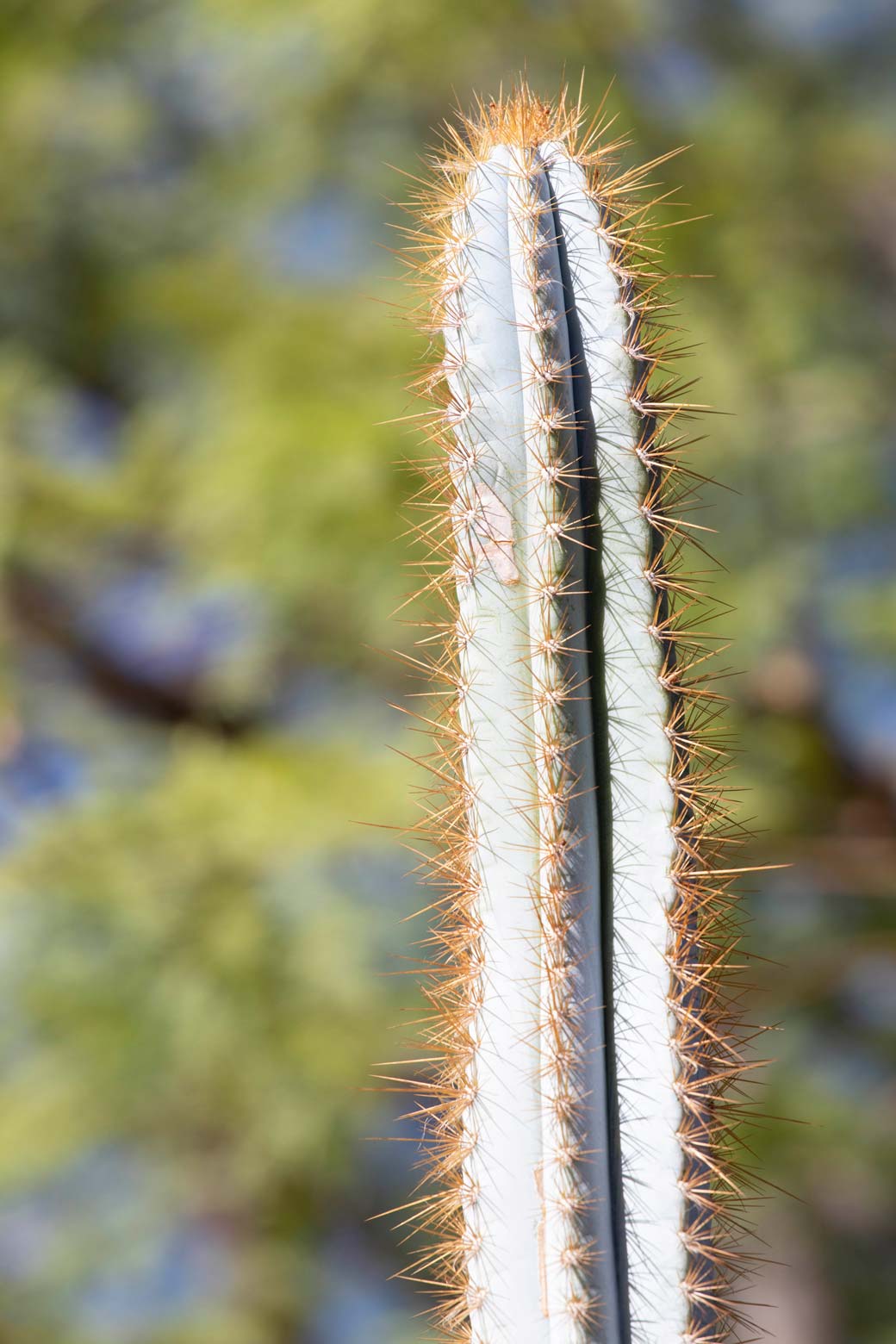 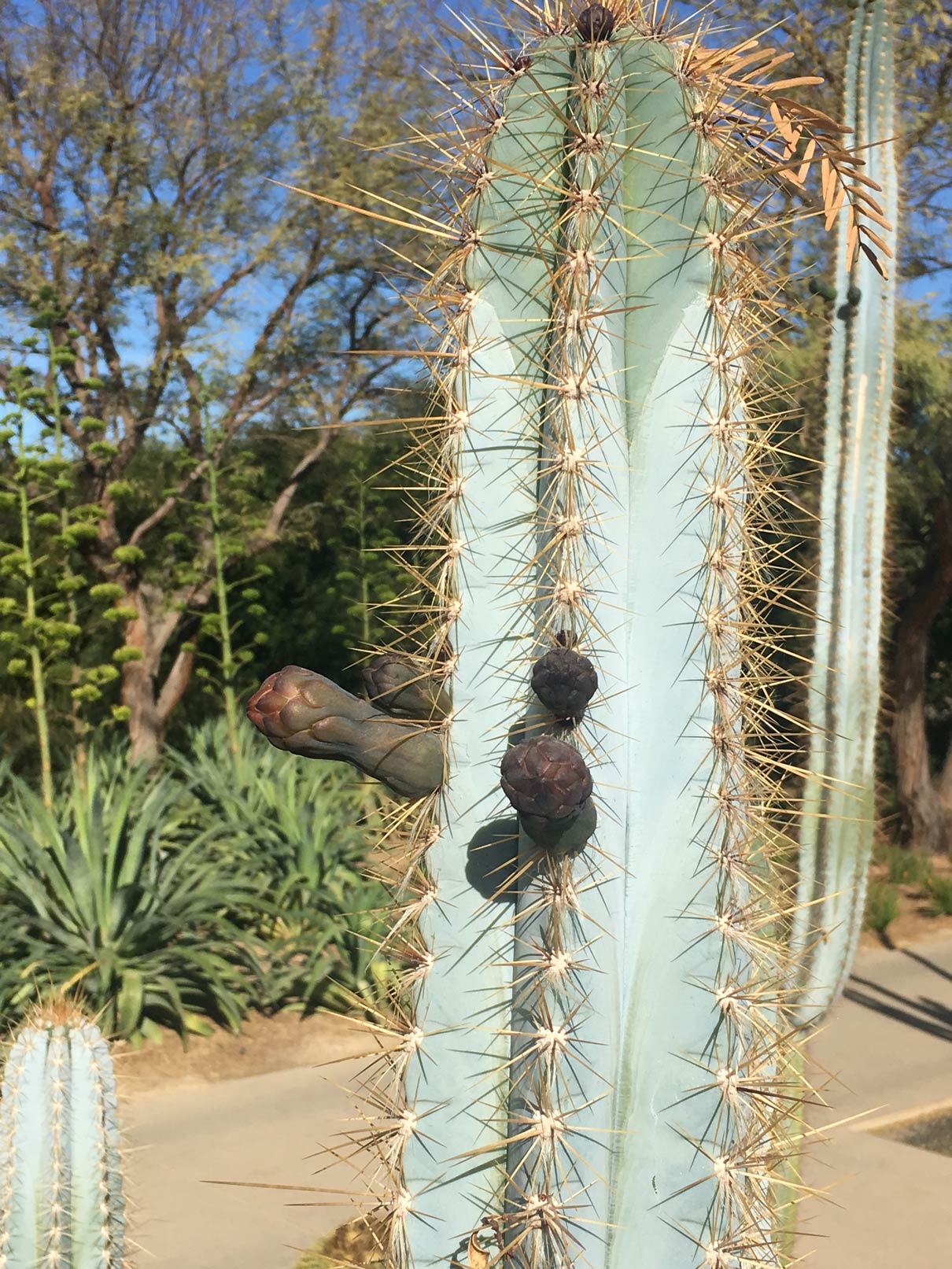 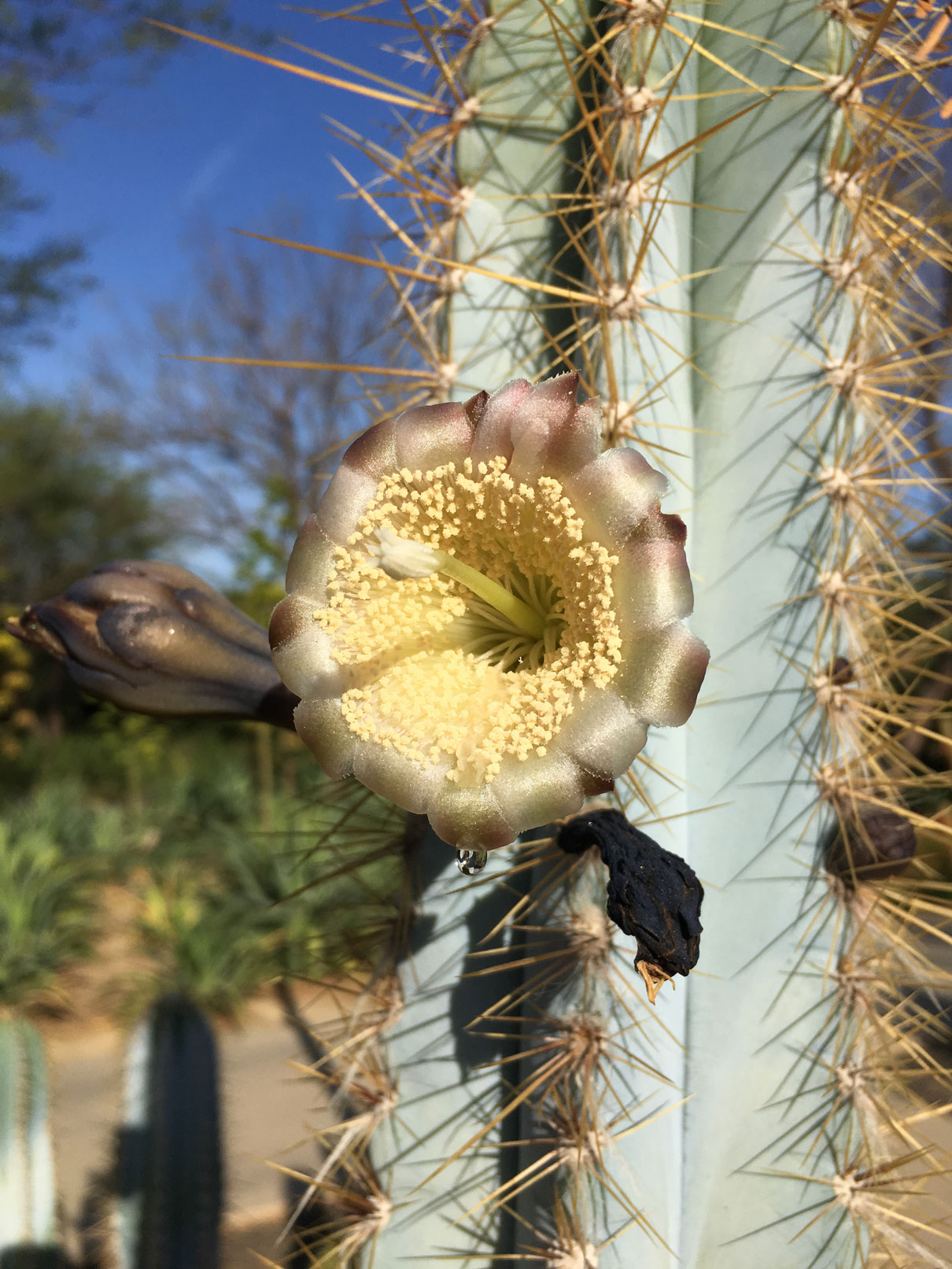 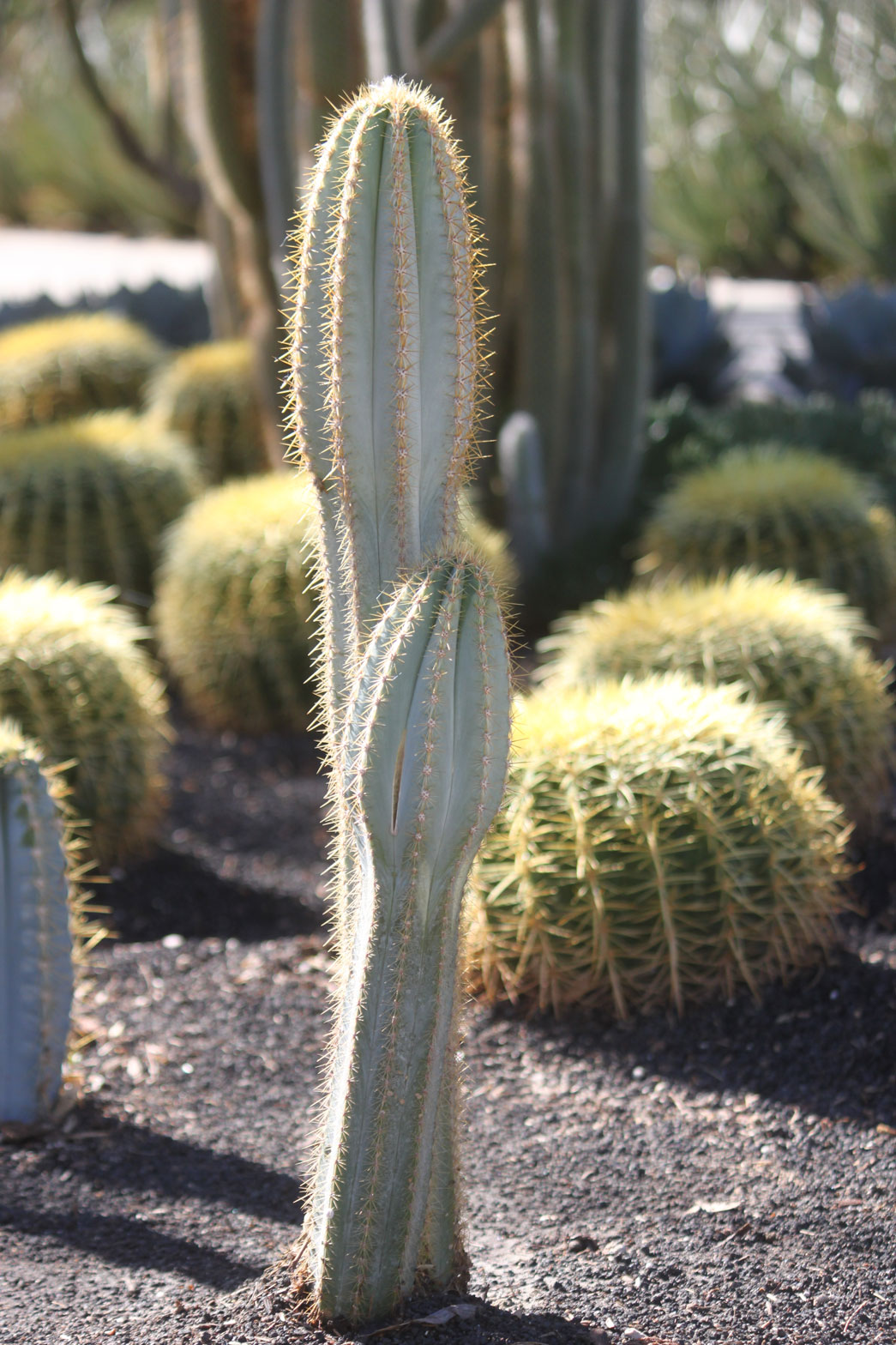 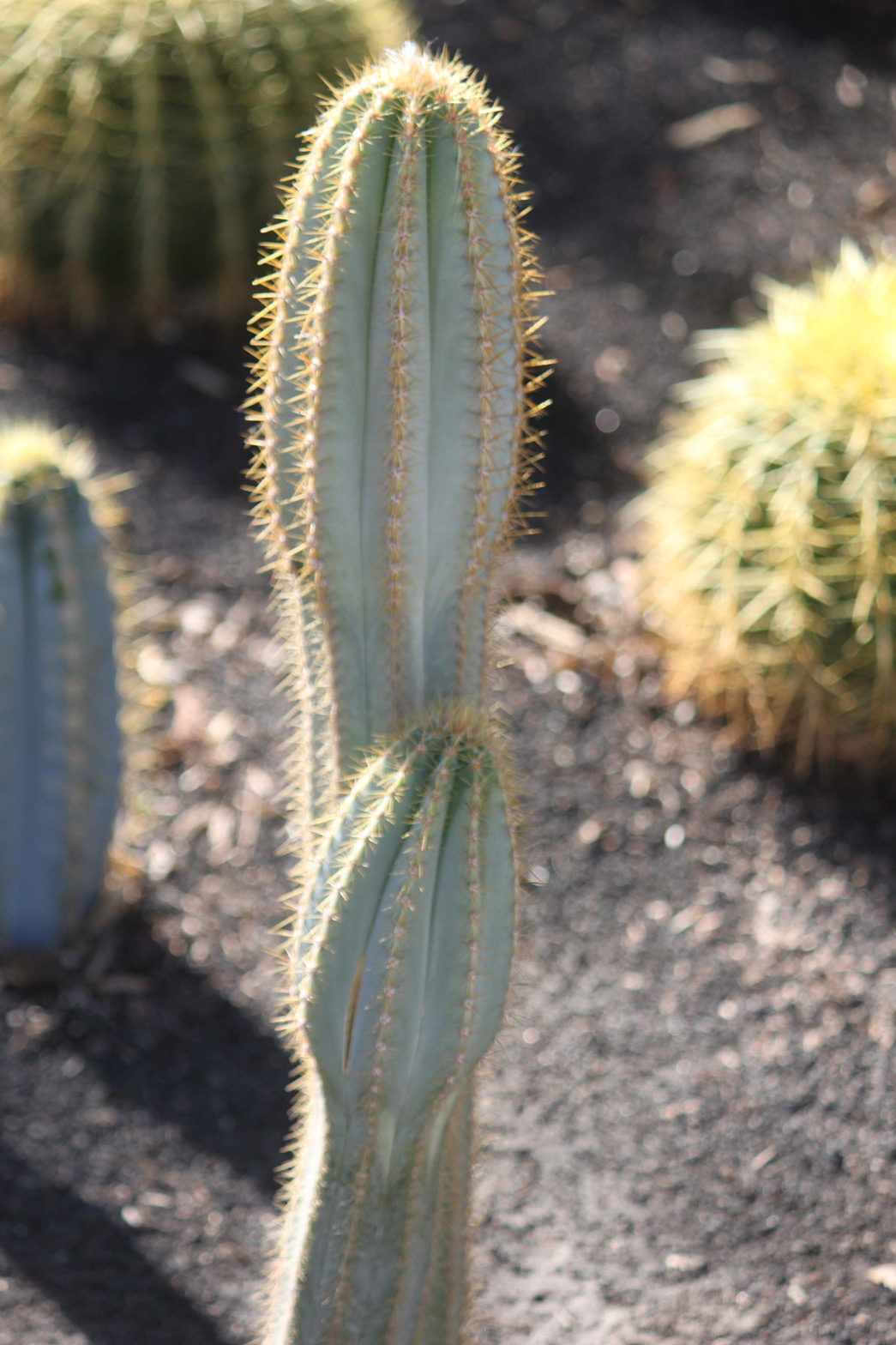 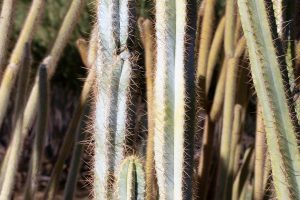 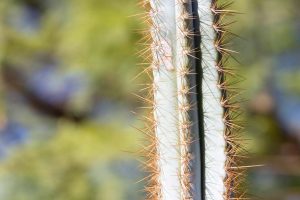 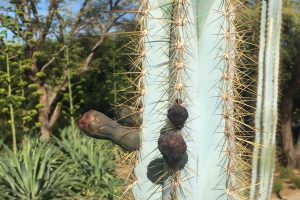 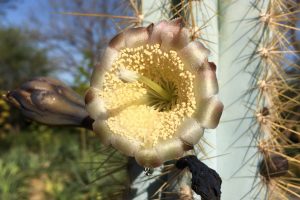 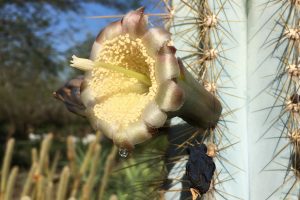 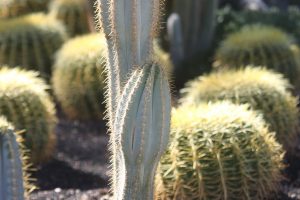 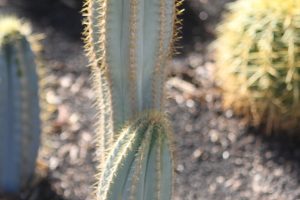