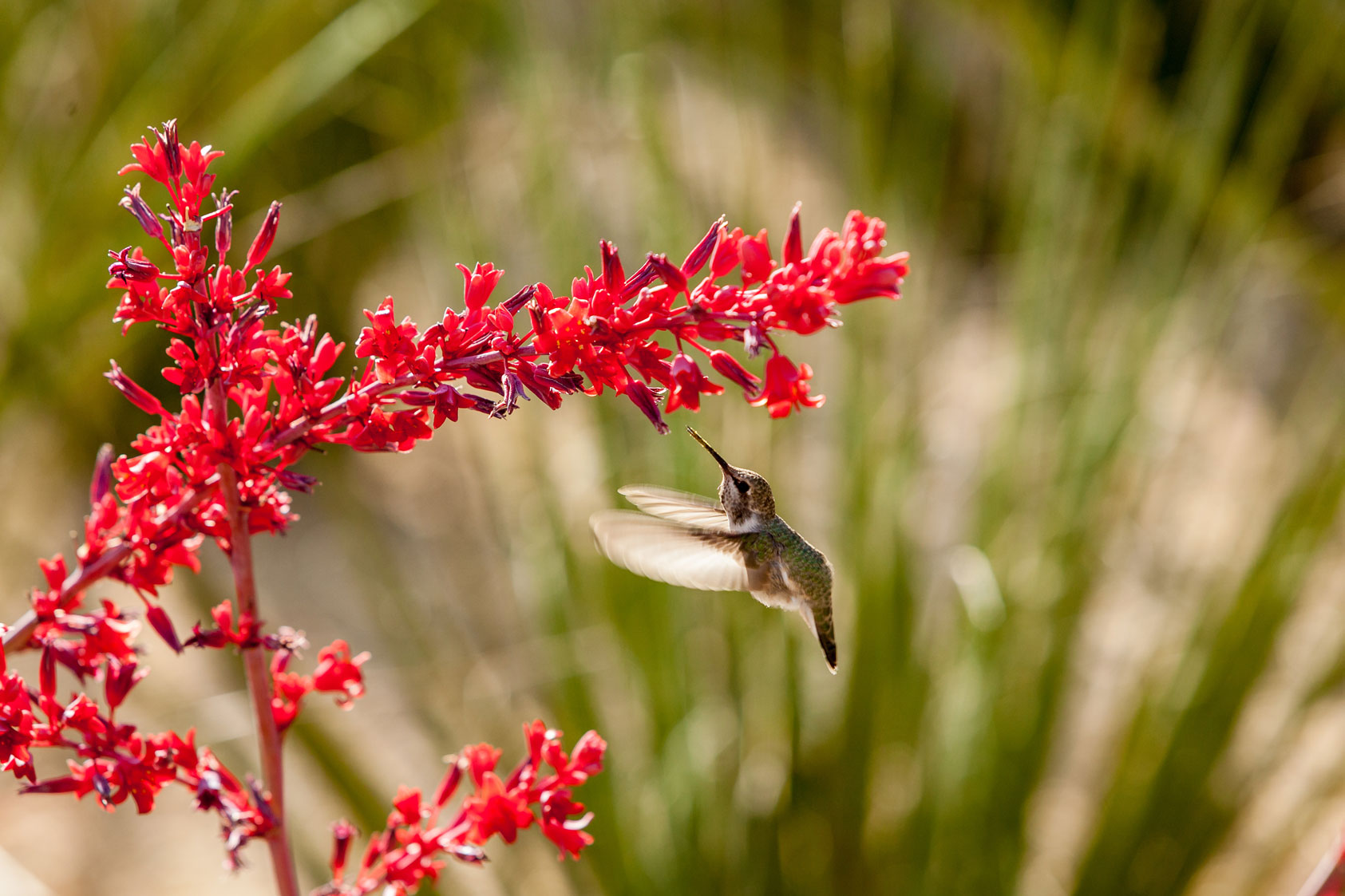 Brakelights is the smallest of the Hesperaloe species at Sunnylands. The term [perpa] in its name means it is a copyrighted variety created through intentional cultivation. From this name, you can probably guess that it was cultivated to accentuate the deepest red variations that have occurred in the parviflora species.

Brakelights has a longer bloom period than its parviflora parent, which is possible because it does not set seed. The additional energy not used in the seed-setting processes allows it to extend its season. It blooms a deep red, but can be tinged with dark purple, making it incredibly striking to see in contrast to the lighter coral and cream blooms of its parent.

Hesperaloe in general appears to be popular with not only nectaring hummingbirds but also with opportunistic Monarch and Queen Butterfly caterpillars. When Hesperaloe is placed near milkweed beds, chrysalis of both butterflies have been found attached to its leaves. But chrysalis also has been found on agaves, so this is not an identifying feature. 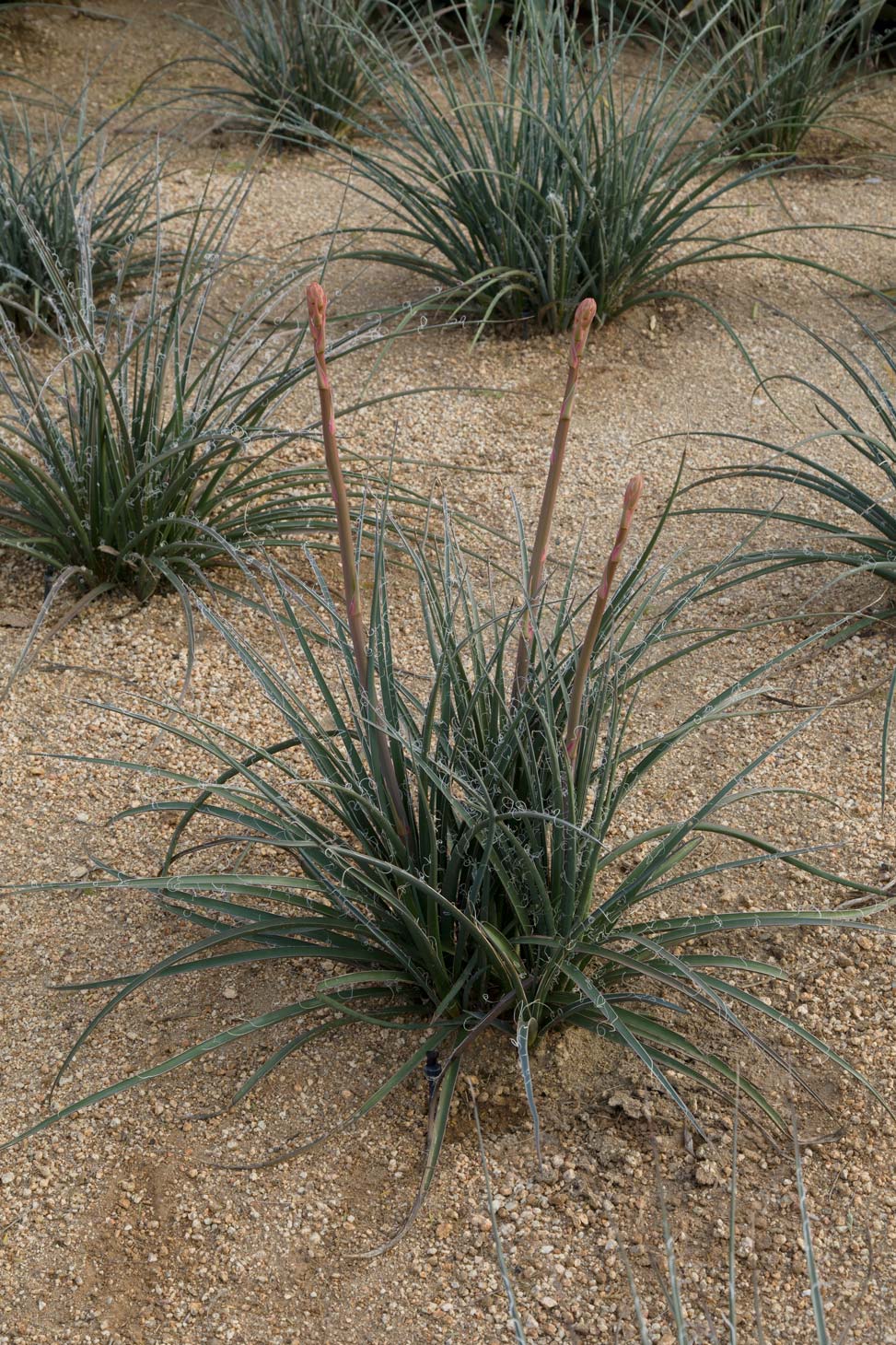 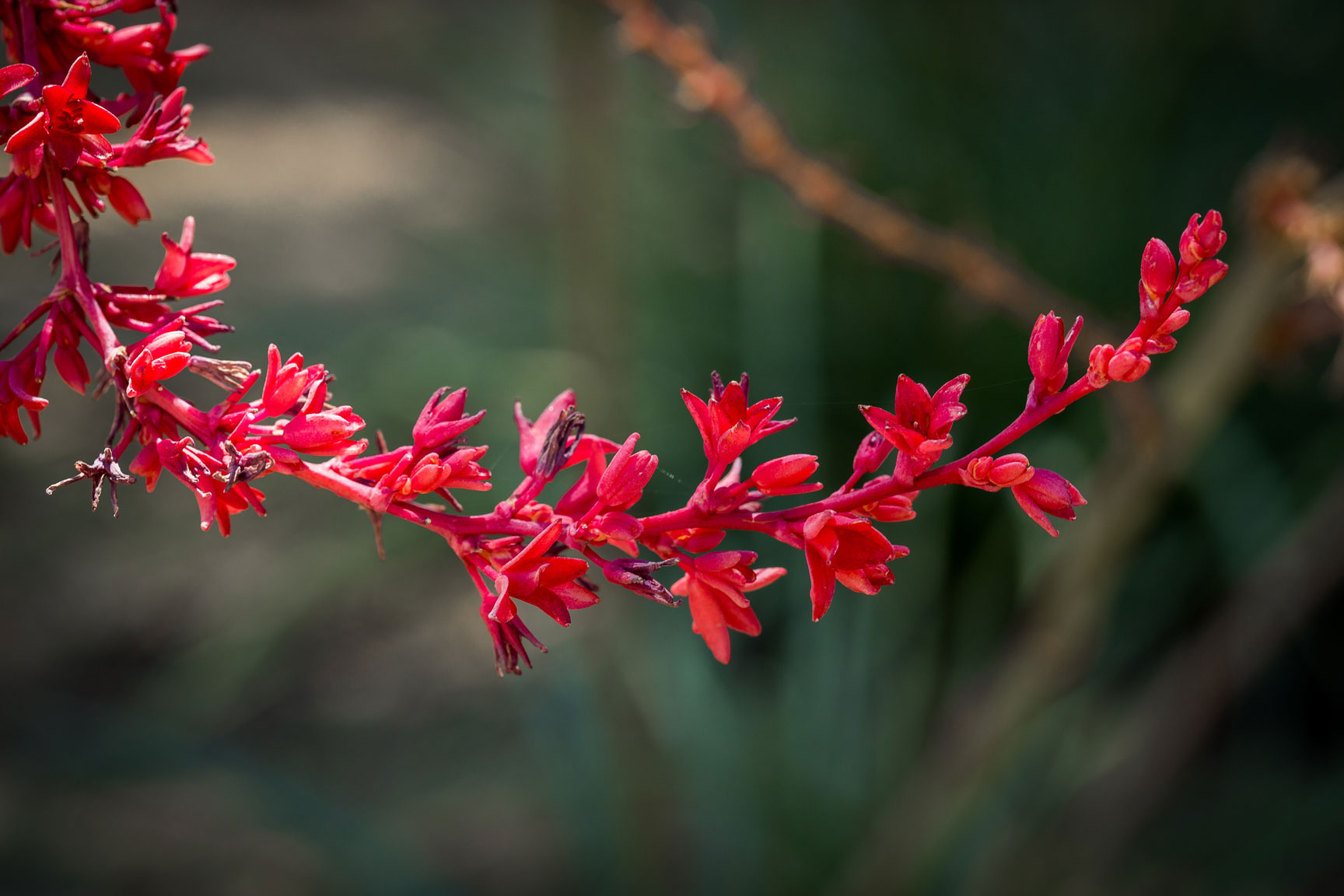 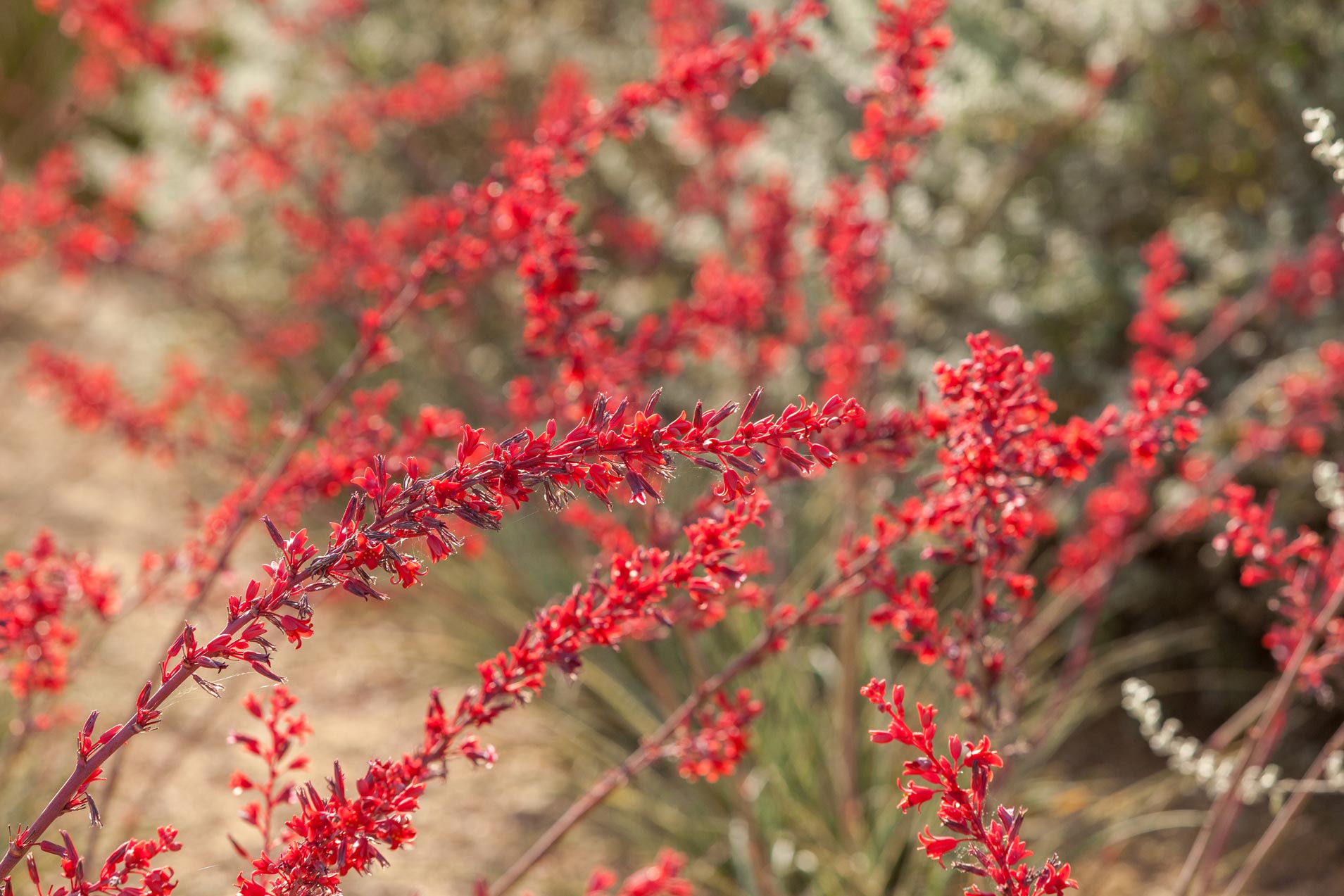 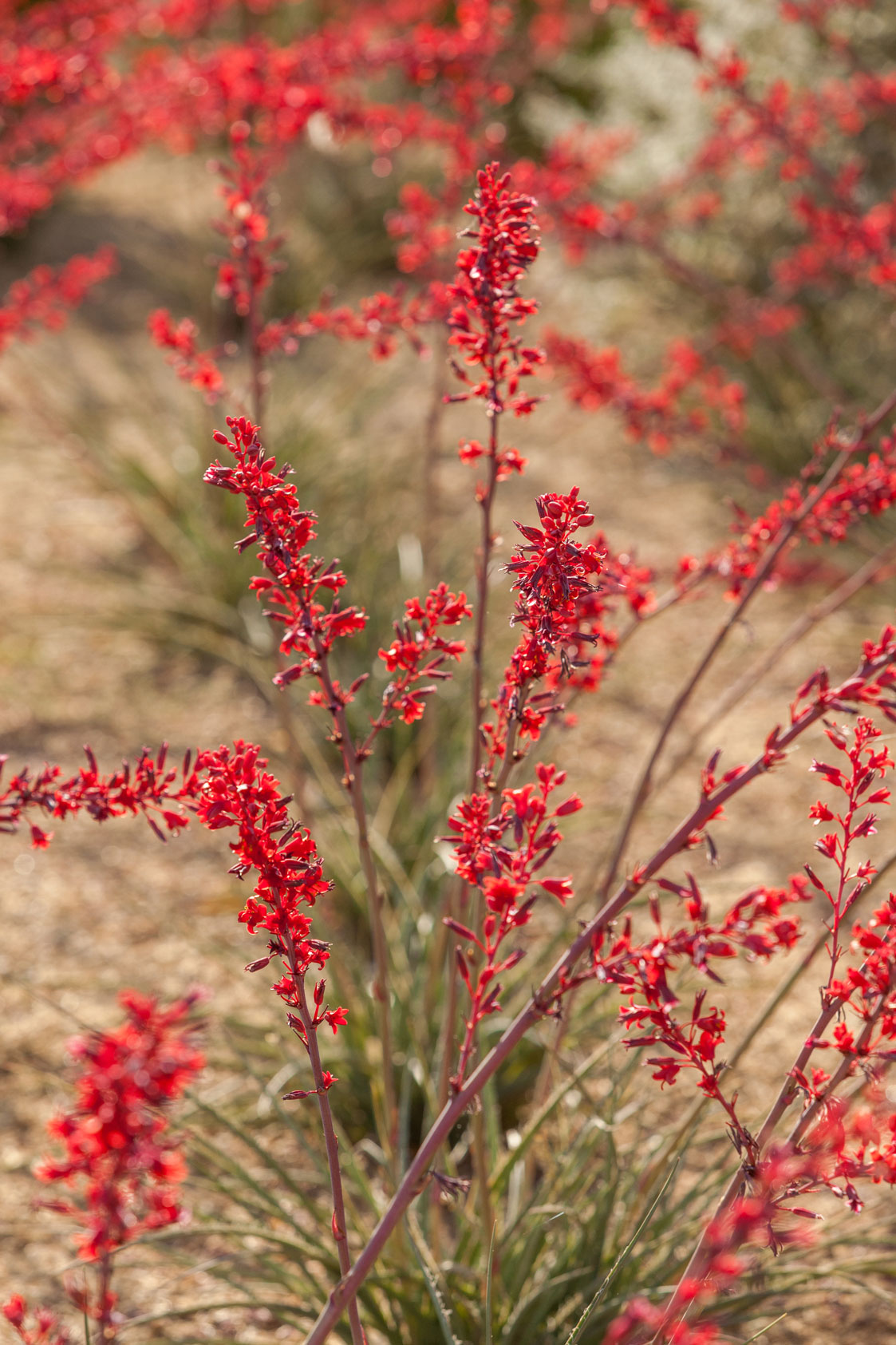 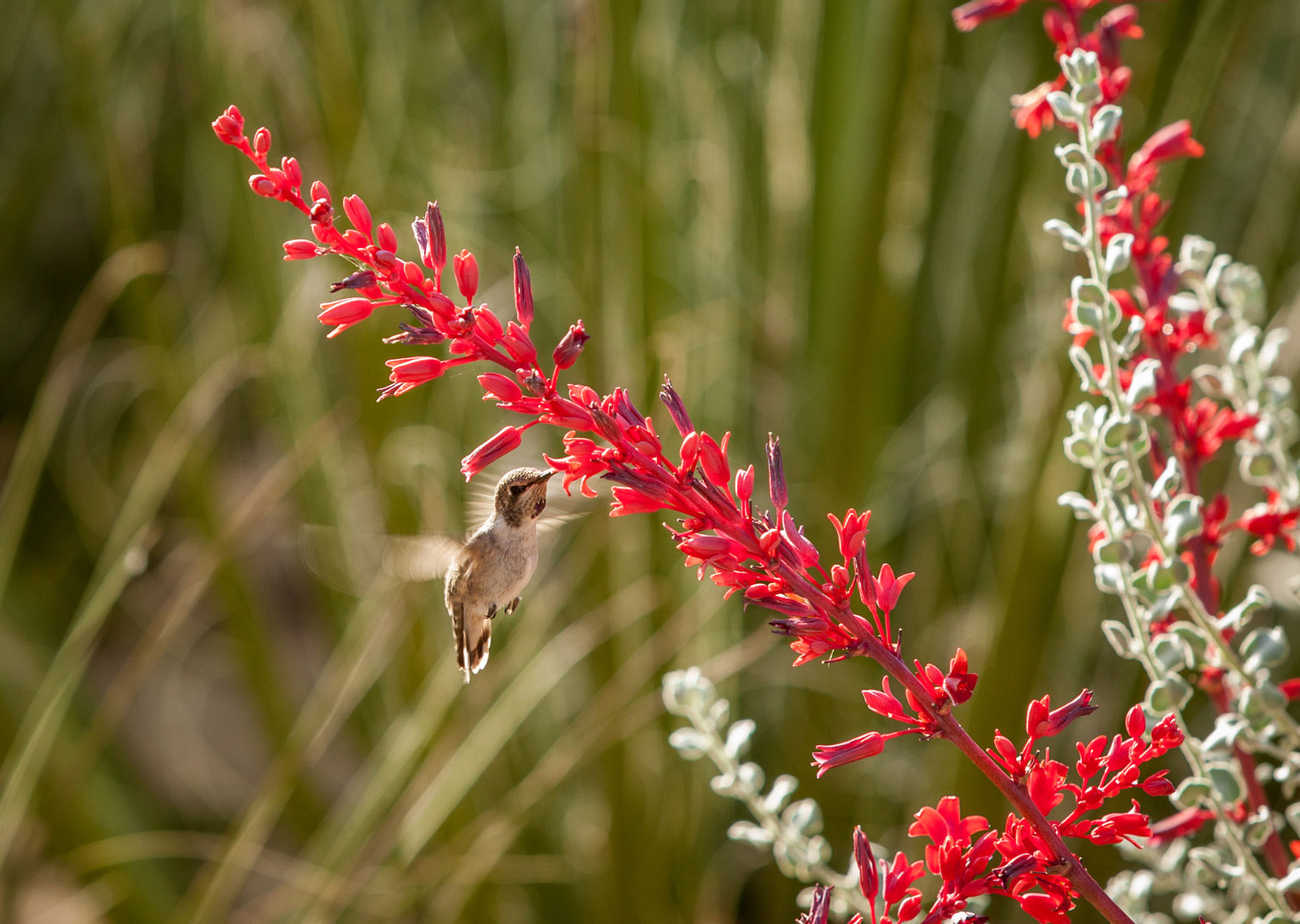 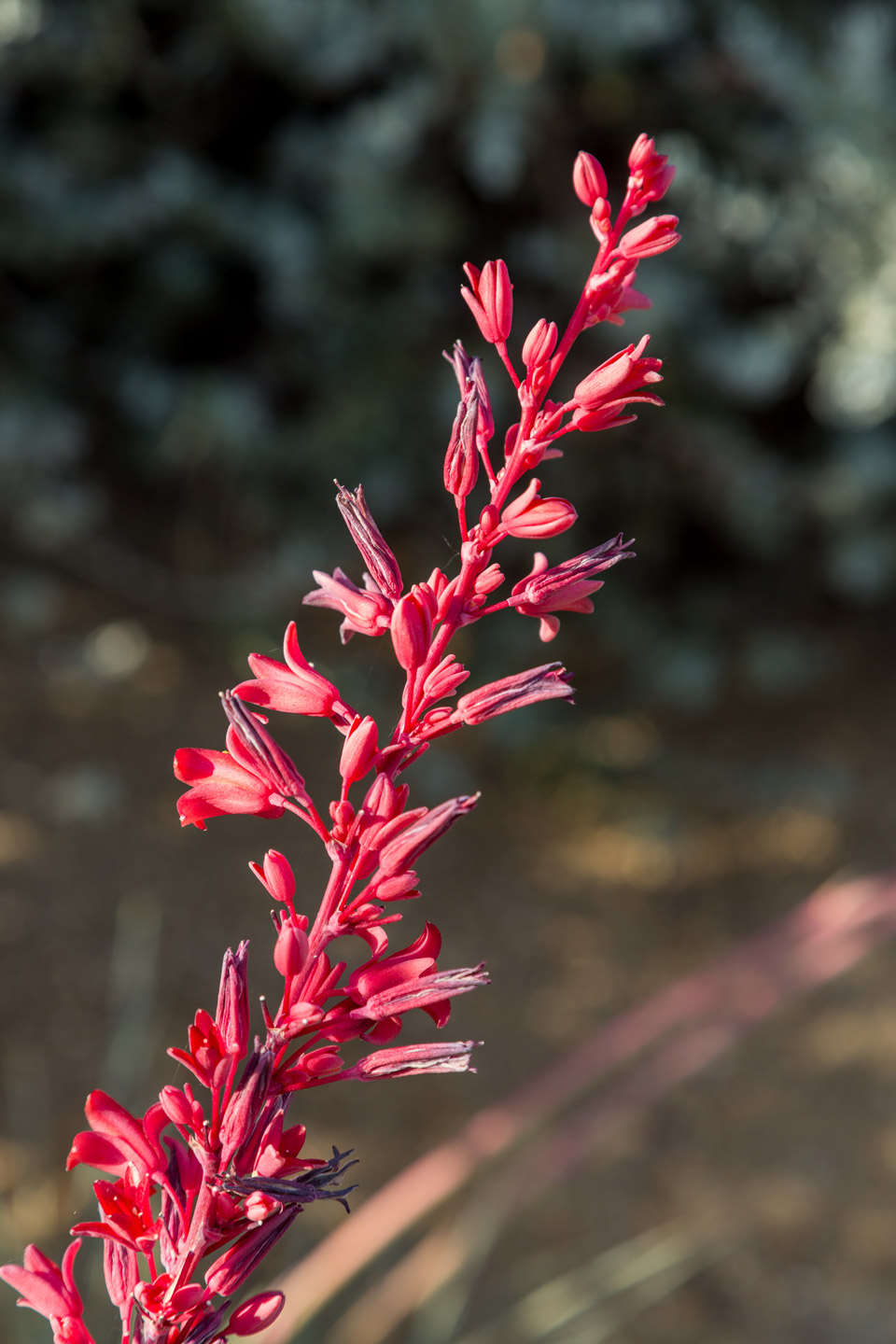 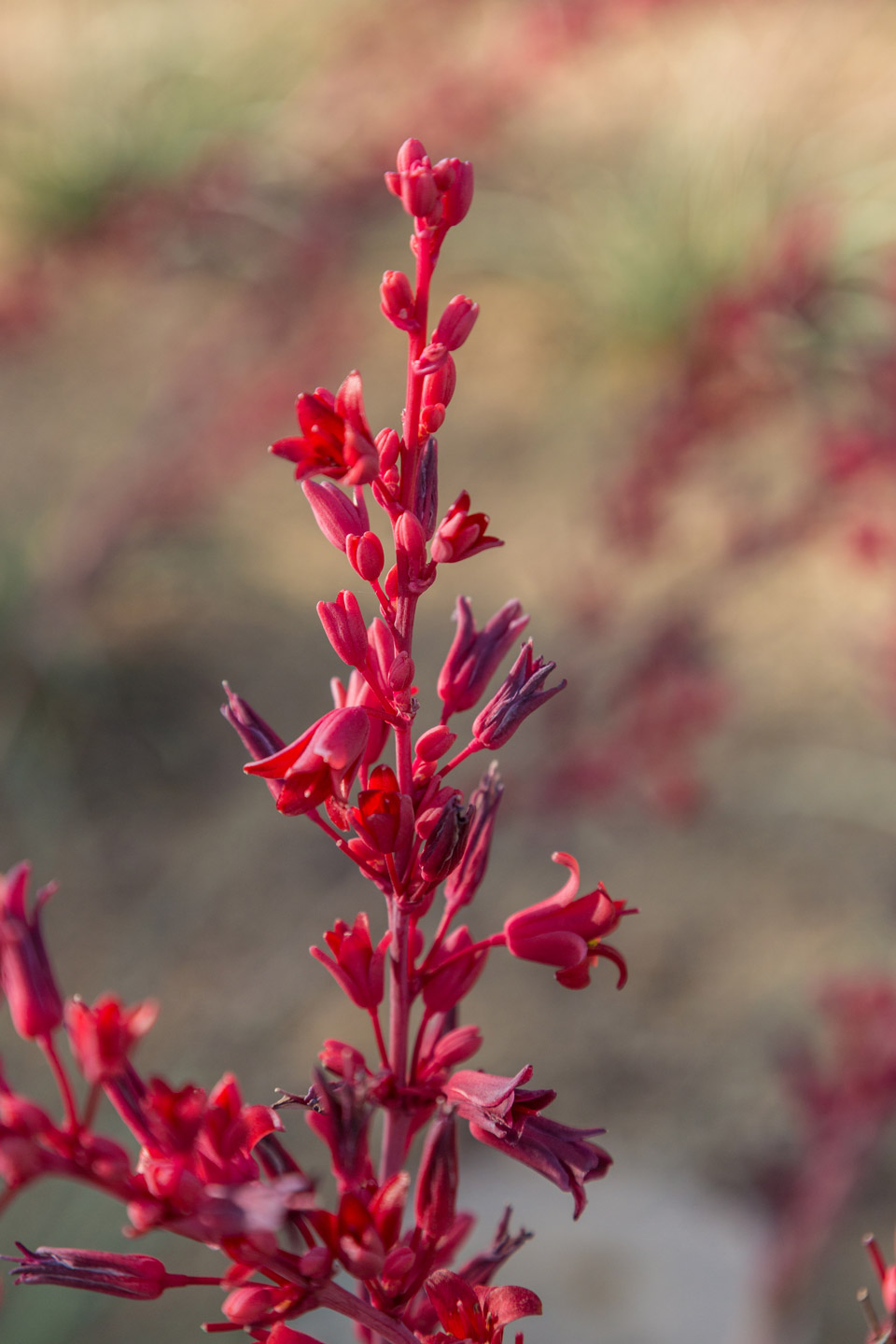 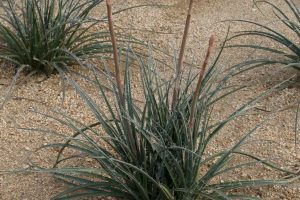 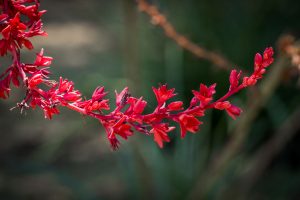 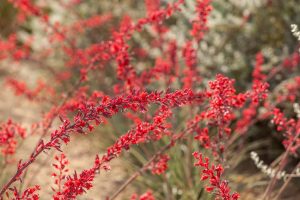 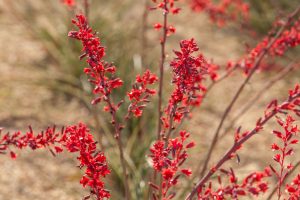 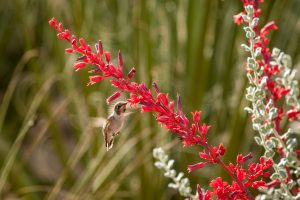 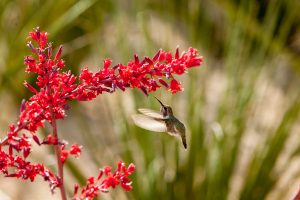 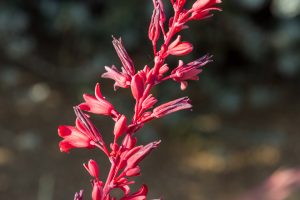 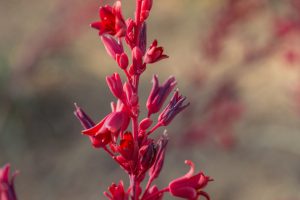