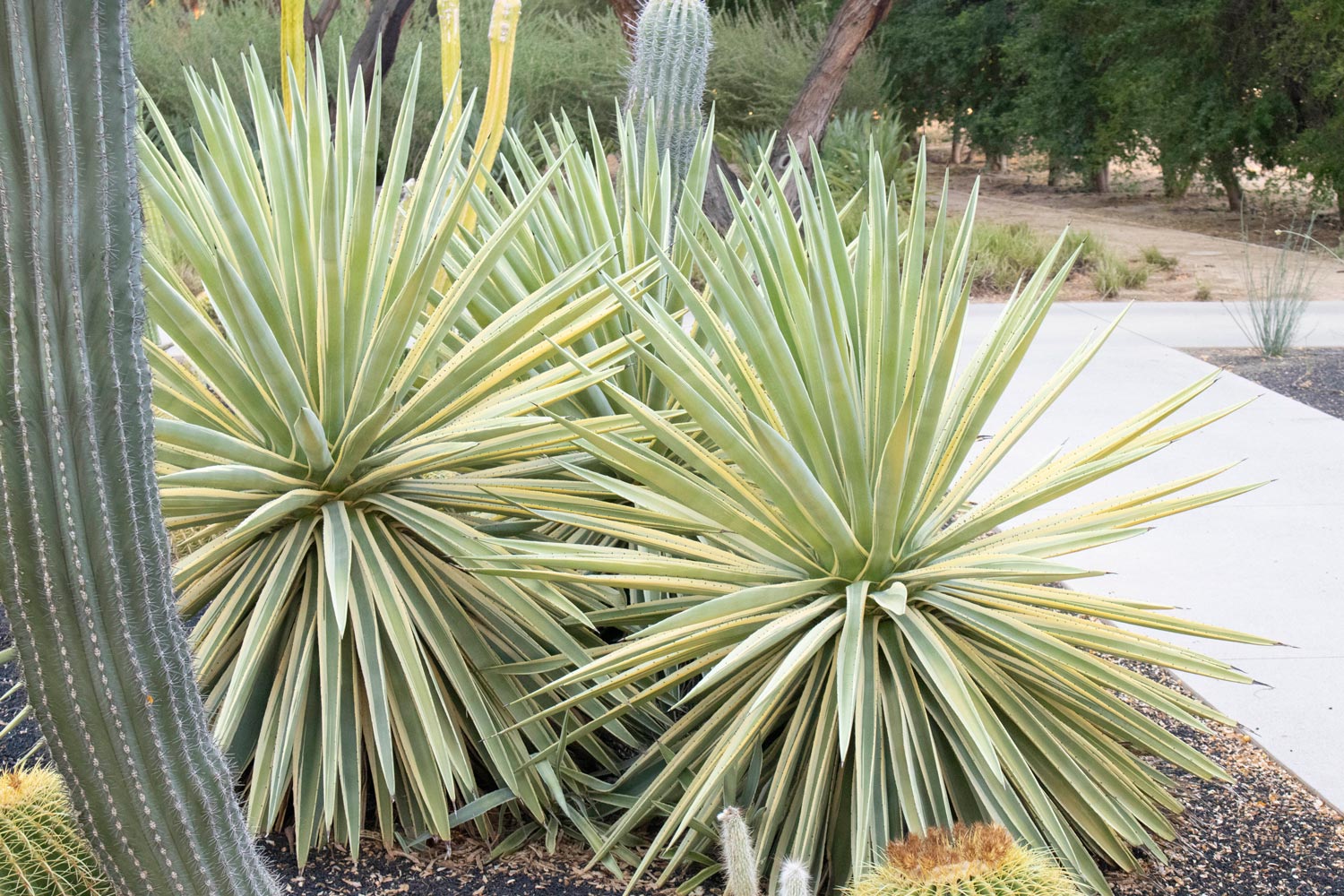 The variety of Caribbean Agave at Sunnylands is ‘marginata,’ and its name refers to the striped margins of its leaf edge. It is in the specimen beds closest to the solar field. Late in life, it will begin to grow a stem that raises a rosette of leaves off the ground. Often this happens right before the plant blooms.

When it does bloom, this final act will require all of the energy it has been storing during its life. It will send up a 16-foot branched stalk that will bloom and then set bulbils (small, fully formed plants). These can be collected and propagated. If left alone, they will tumble down to root around the parent or blow off to bloom elsewhere and begin a new colony. Earlier during its life, it will also have grown offsets or clones that can replanted. In the wild, it may form a colony of these cloned versions of the parent plant. It is possible that the parent plant will be long gone from older colonies.

This is a native of northern Mexico, but it has an extensive range with varieties as far south as Costa Rica. 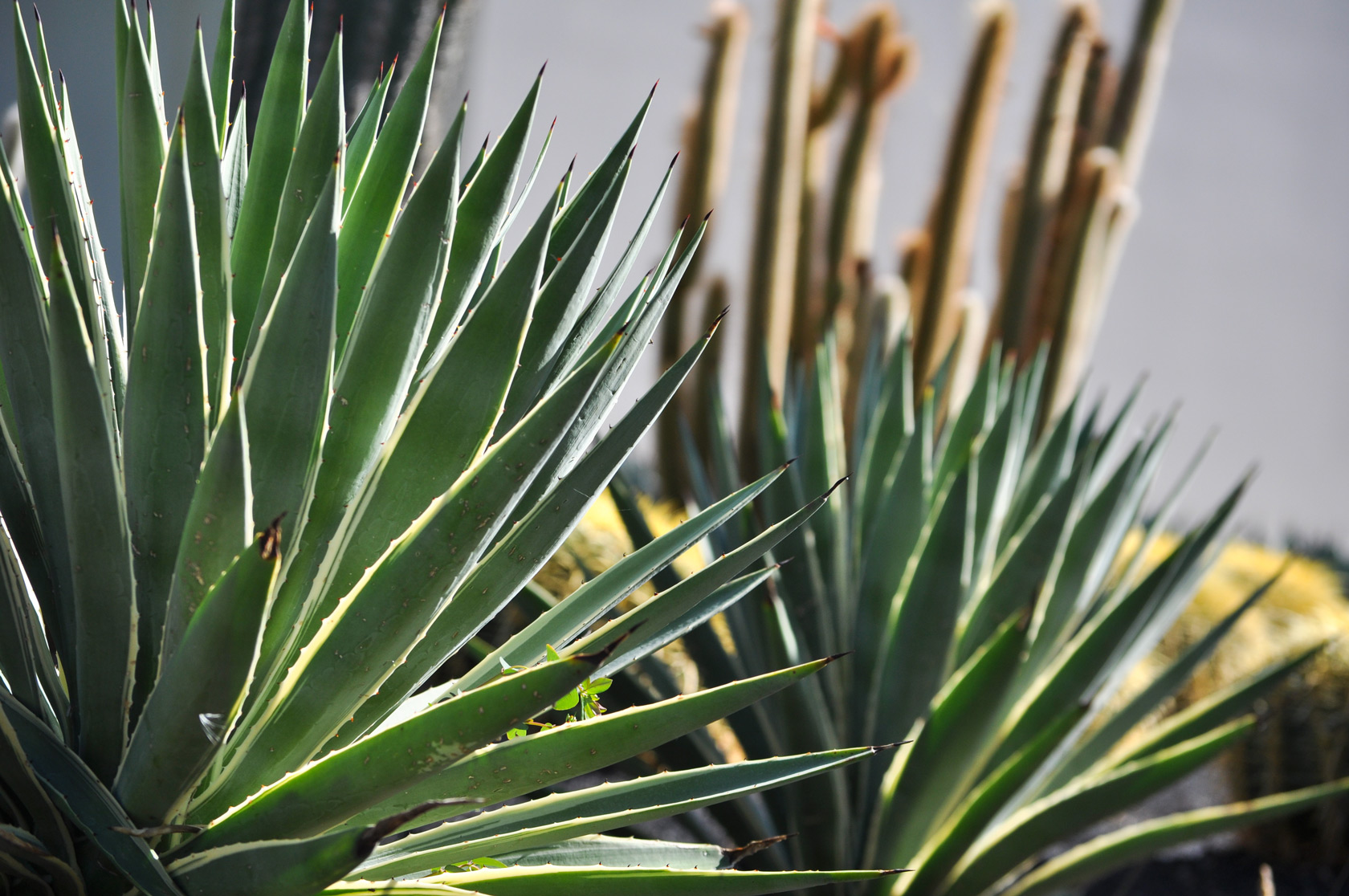 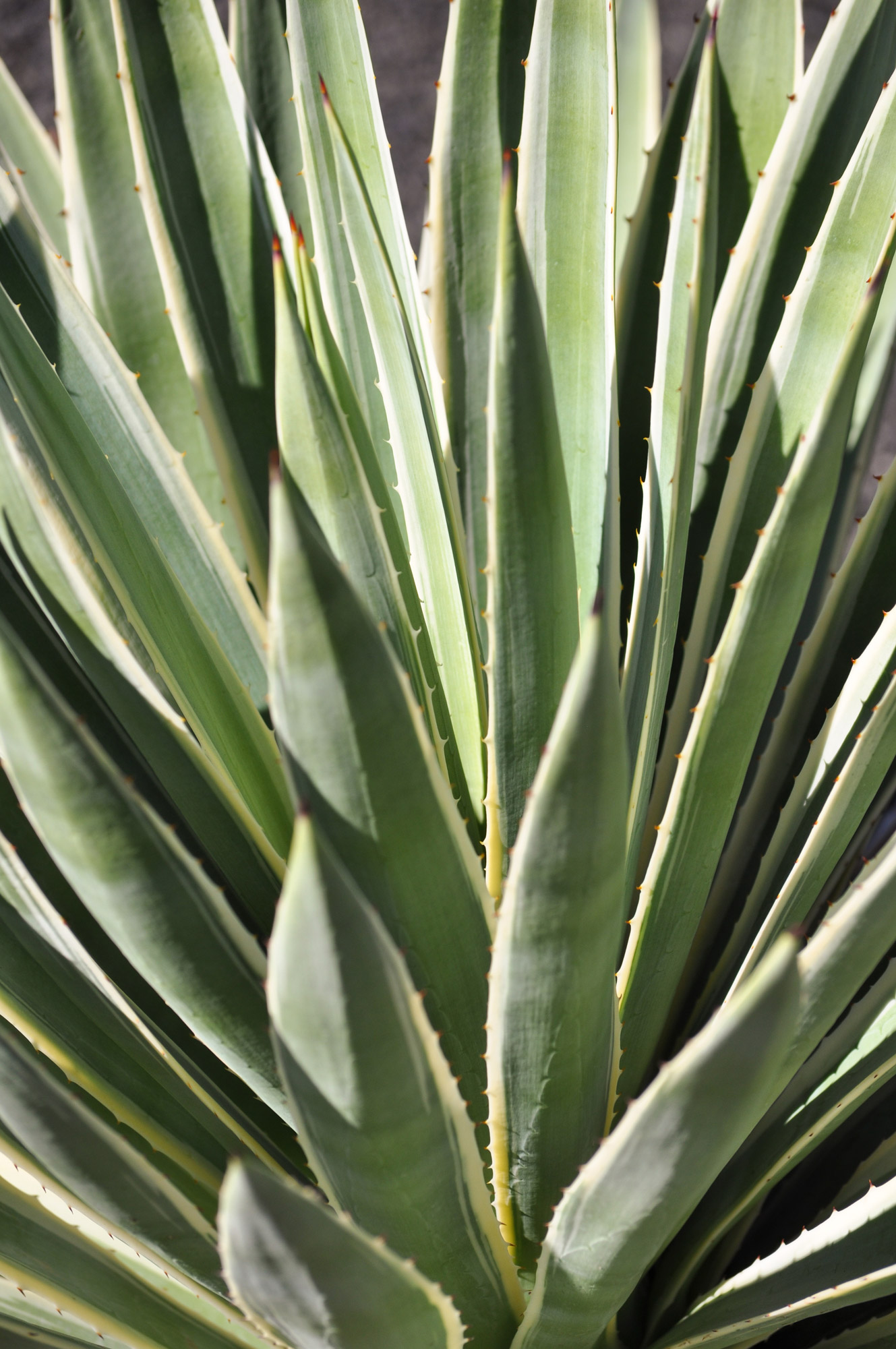 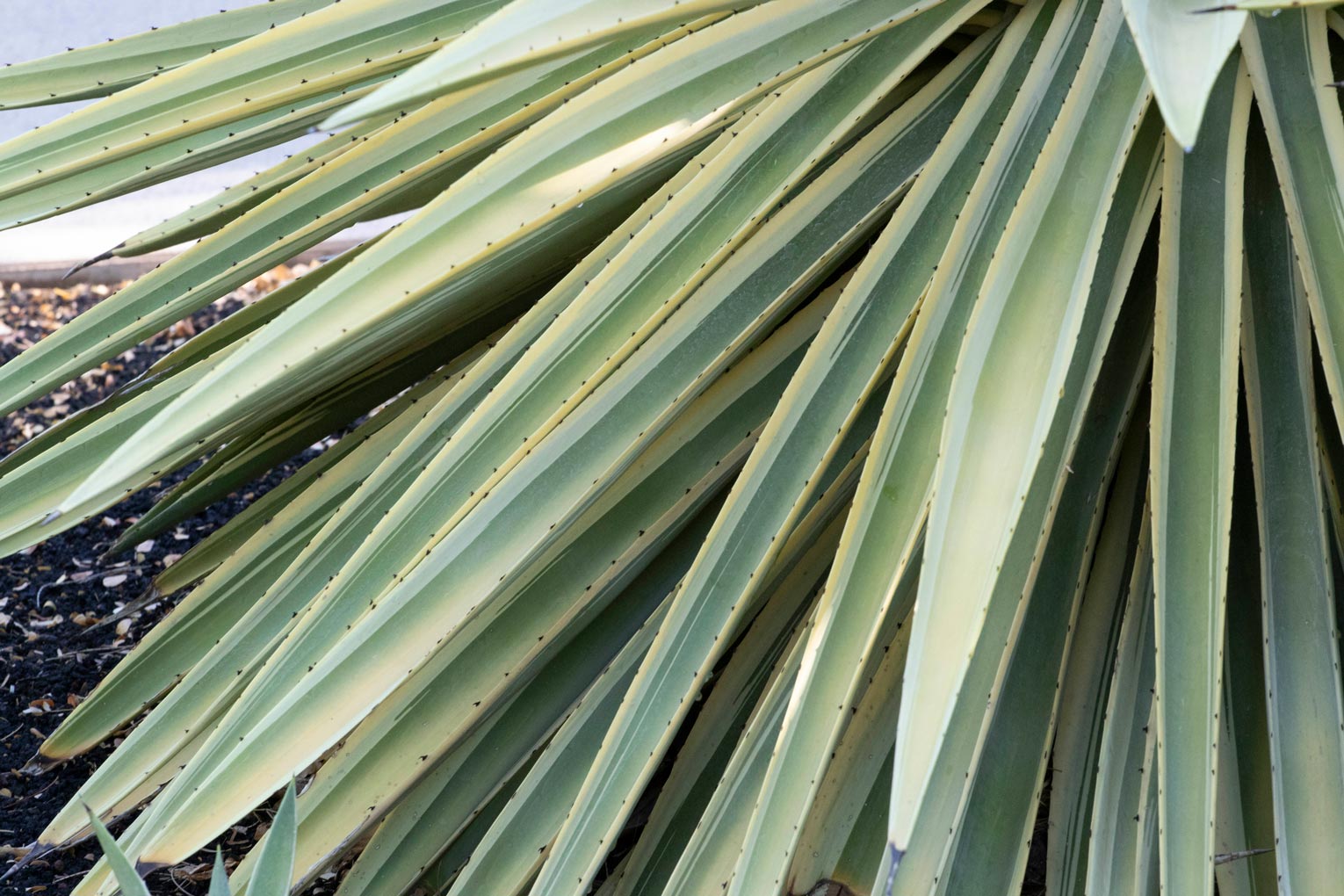 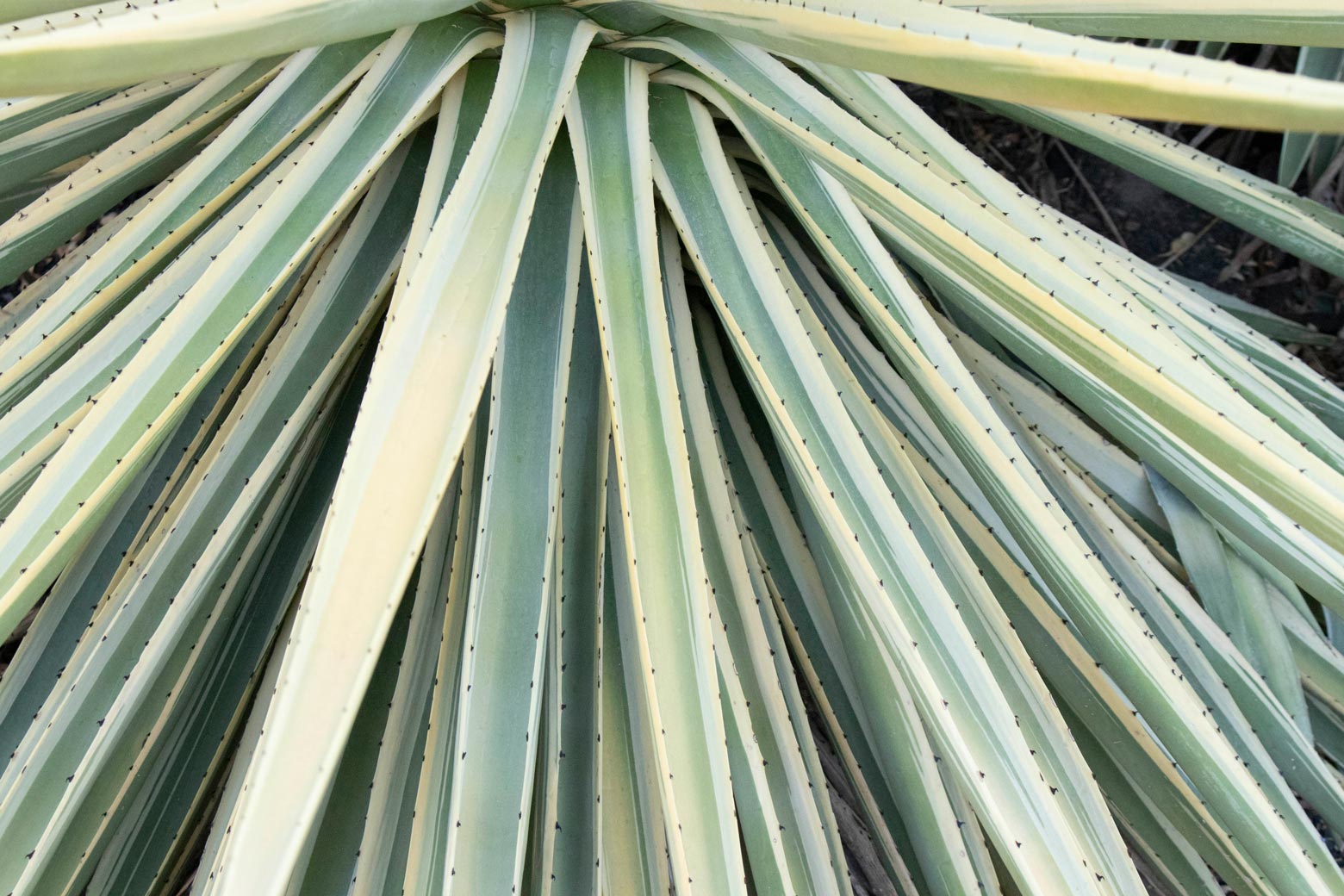 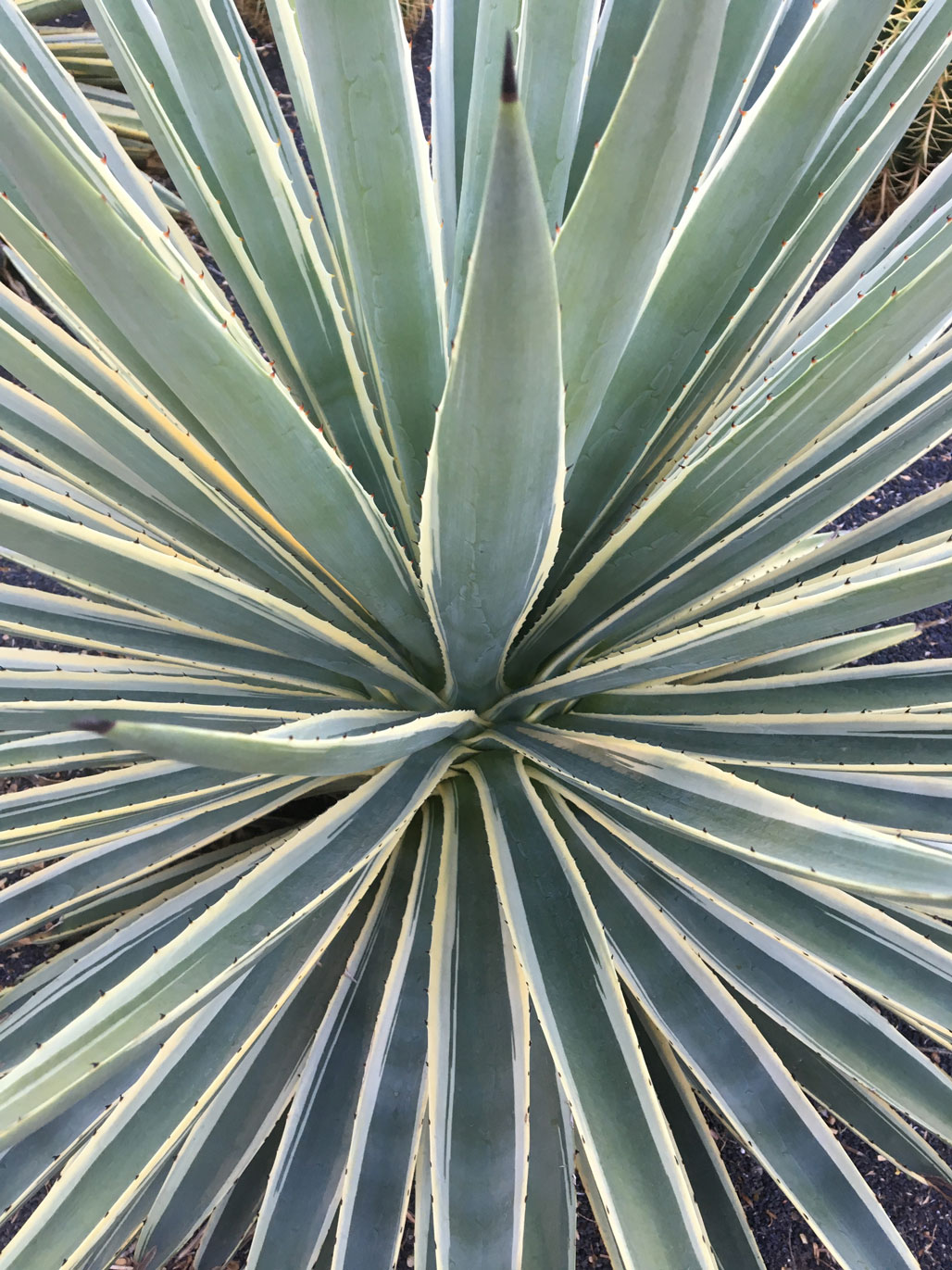 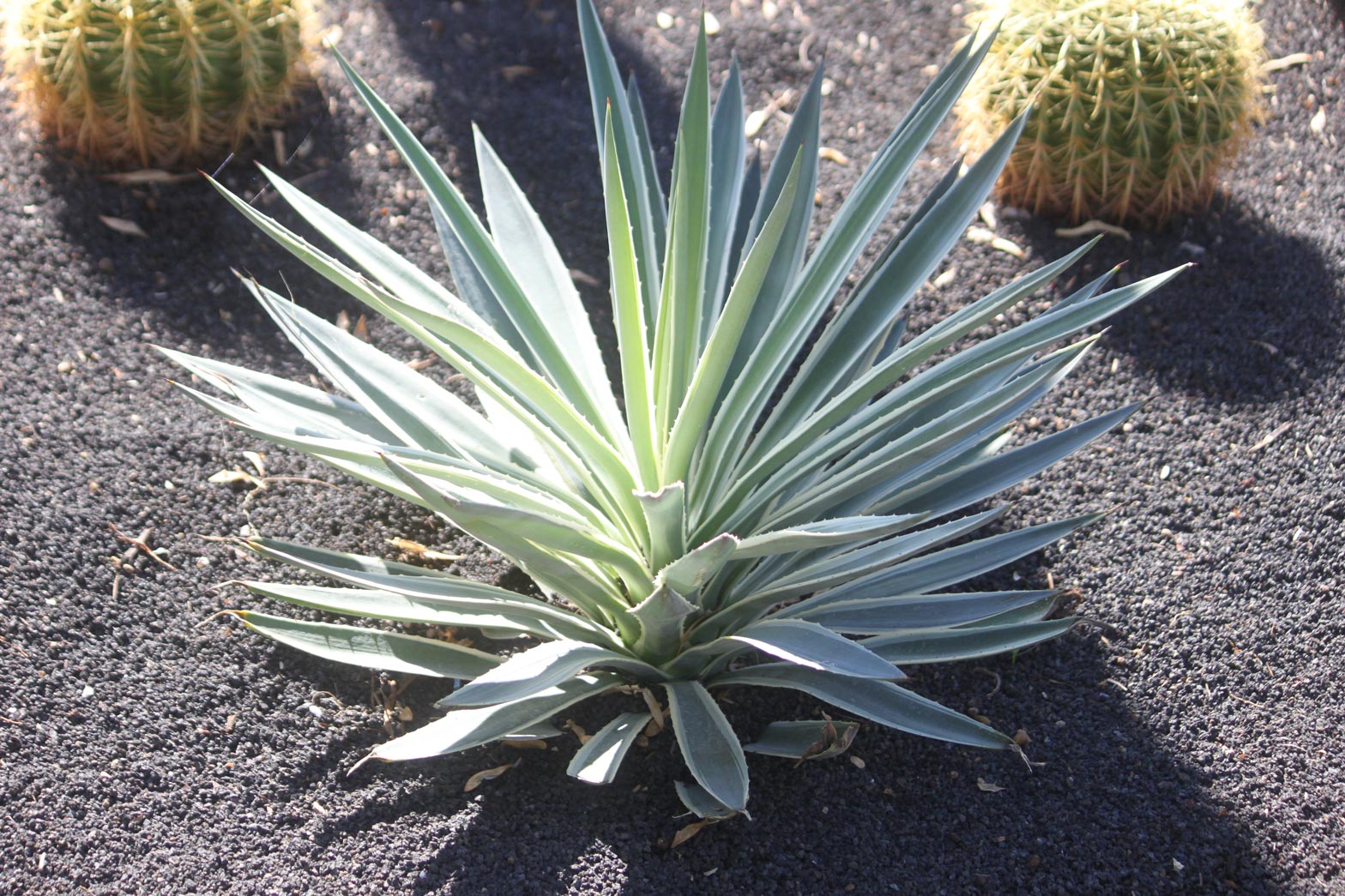 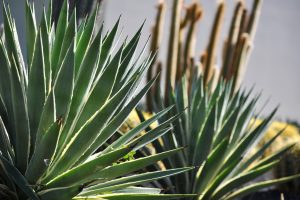 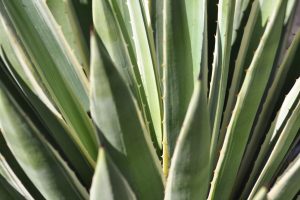 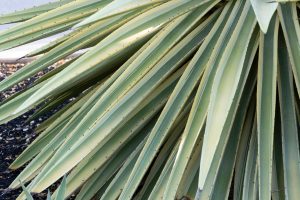 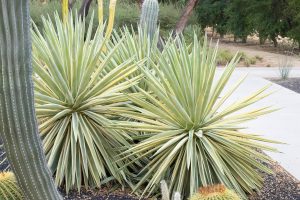 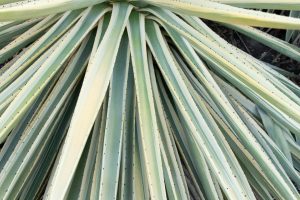 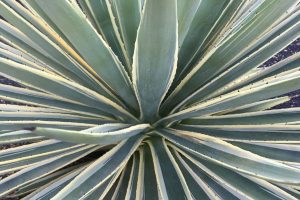 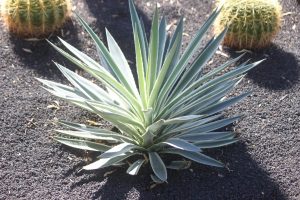