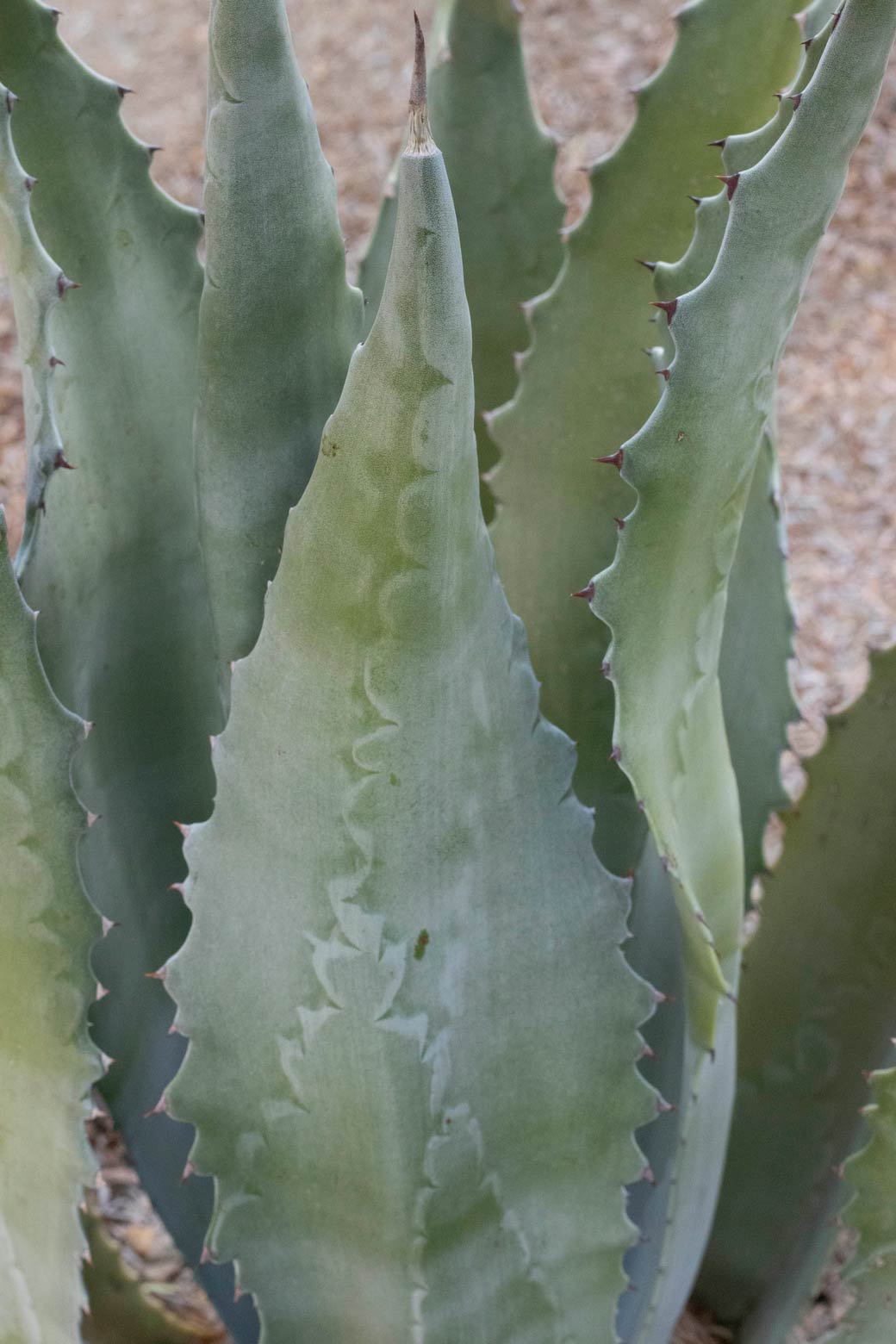 In front of the Center, in the middle of the motor court, is a medallion-shaped bed where specimens of Cowhorn Agave are arranged among Golden Barrel cactus in a black scoria (lava stone) mulch. The margins of the Cowhorn’s leaves display reddish-brown teeth in a dimorphic (two-style) growth pattern. The teeth are both straight and curved, which results in a “snaggle-toothed” appearance. This is a contrast to some other agaves, which have a somewhat more uniform margin. Cowhorn is also found along the entry drive near the Bob Hope gate, but safe, close-up viewing is best done at the motor court.

This native of Mexico grows wild within an elevation range of 3,000 to 6,000 feet. Cowhorn Agave has not yet bloomed at Sunnylands. It will bloom only once, at end of life—usually between 12 to 18 years. The spike can reach over 20 feet, displaying greenish-yellow flowers.

This species does very well on the desert floor. Though it is more likely to be harmed by frost, it can be light sensitive during high-summer heat. 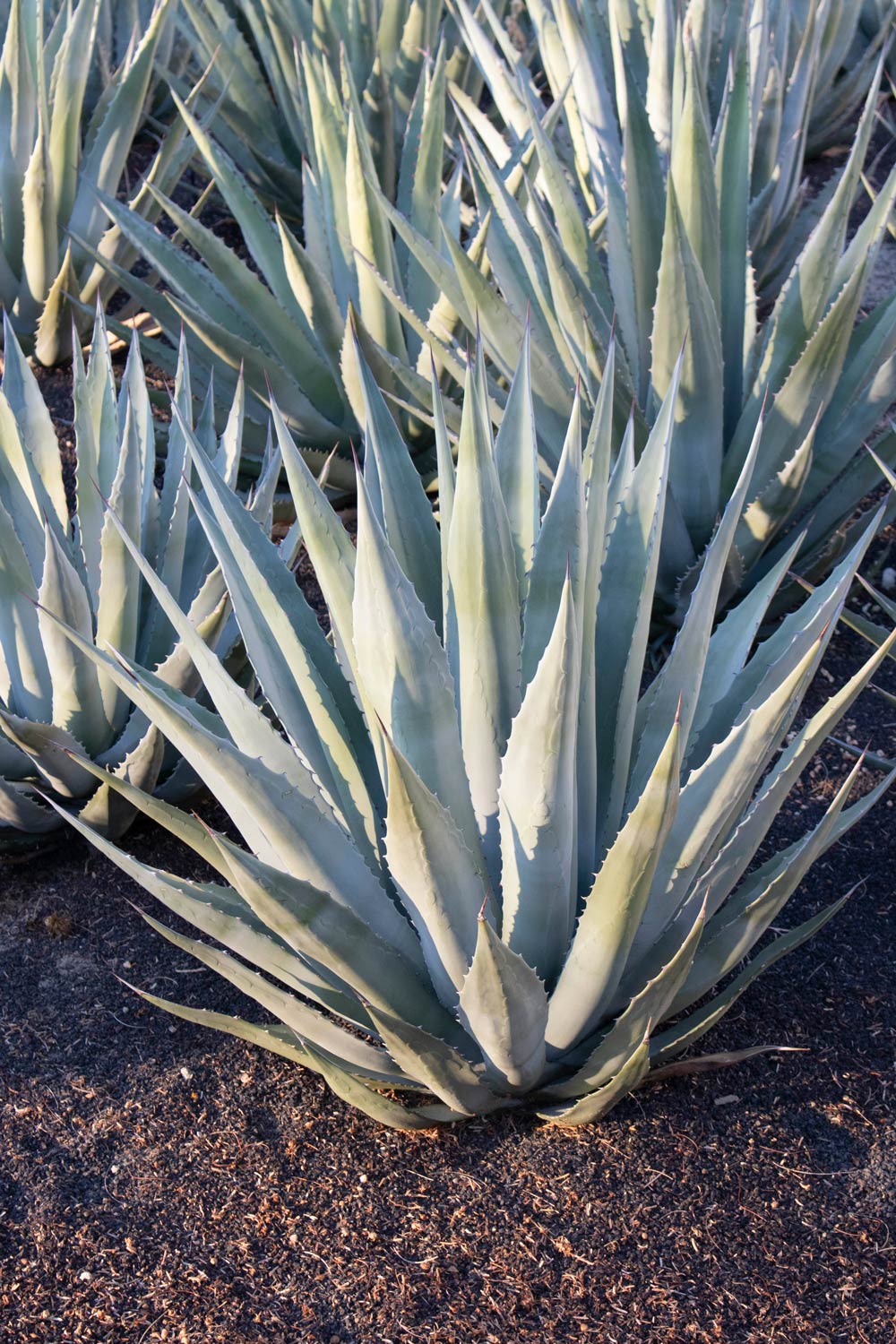 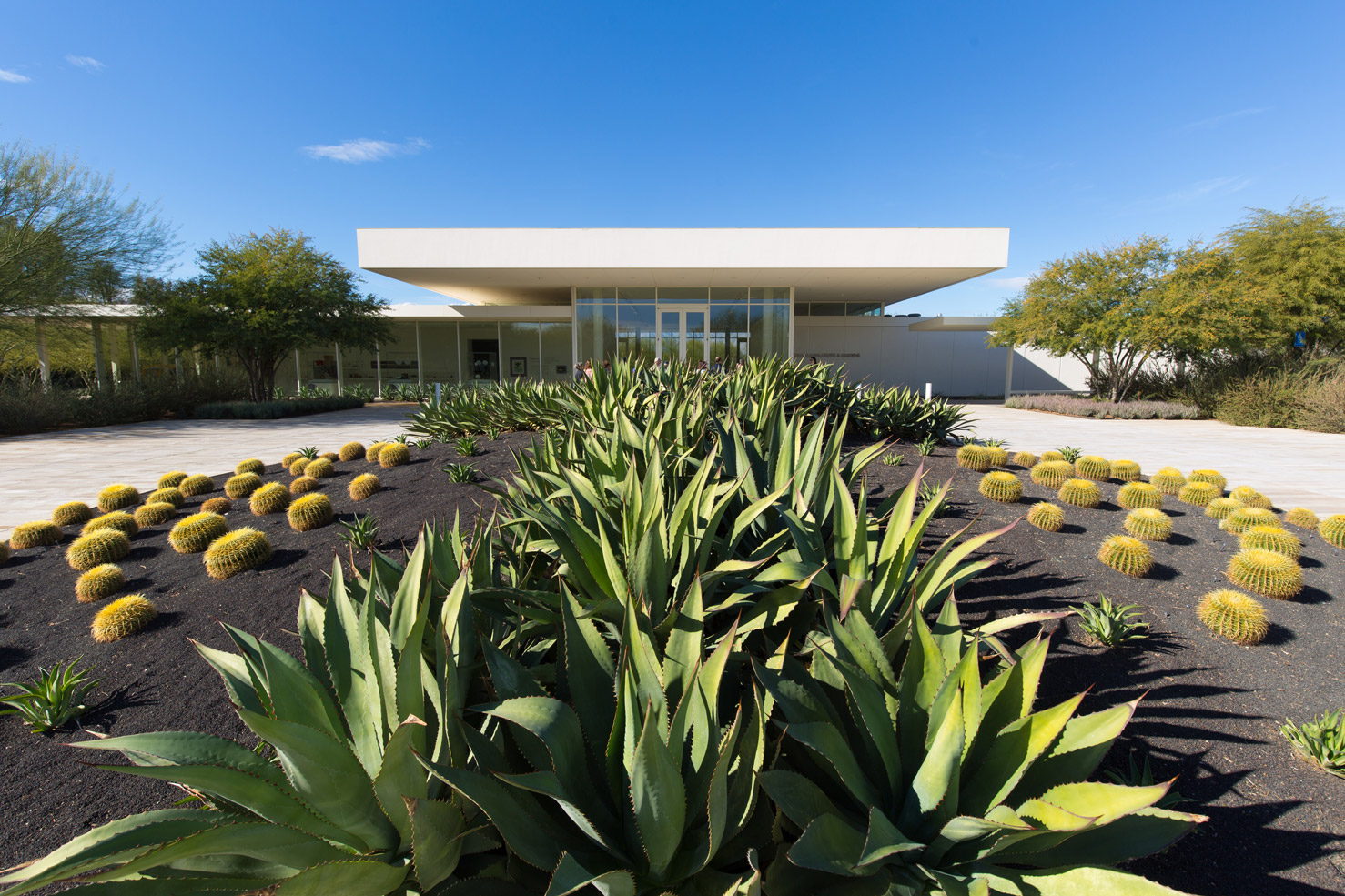 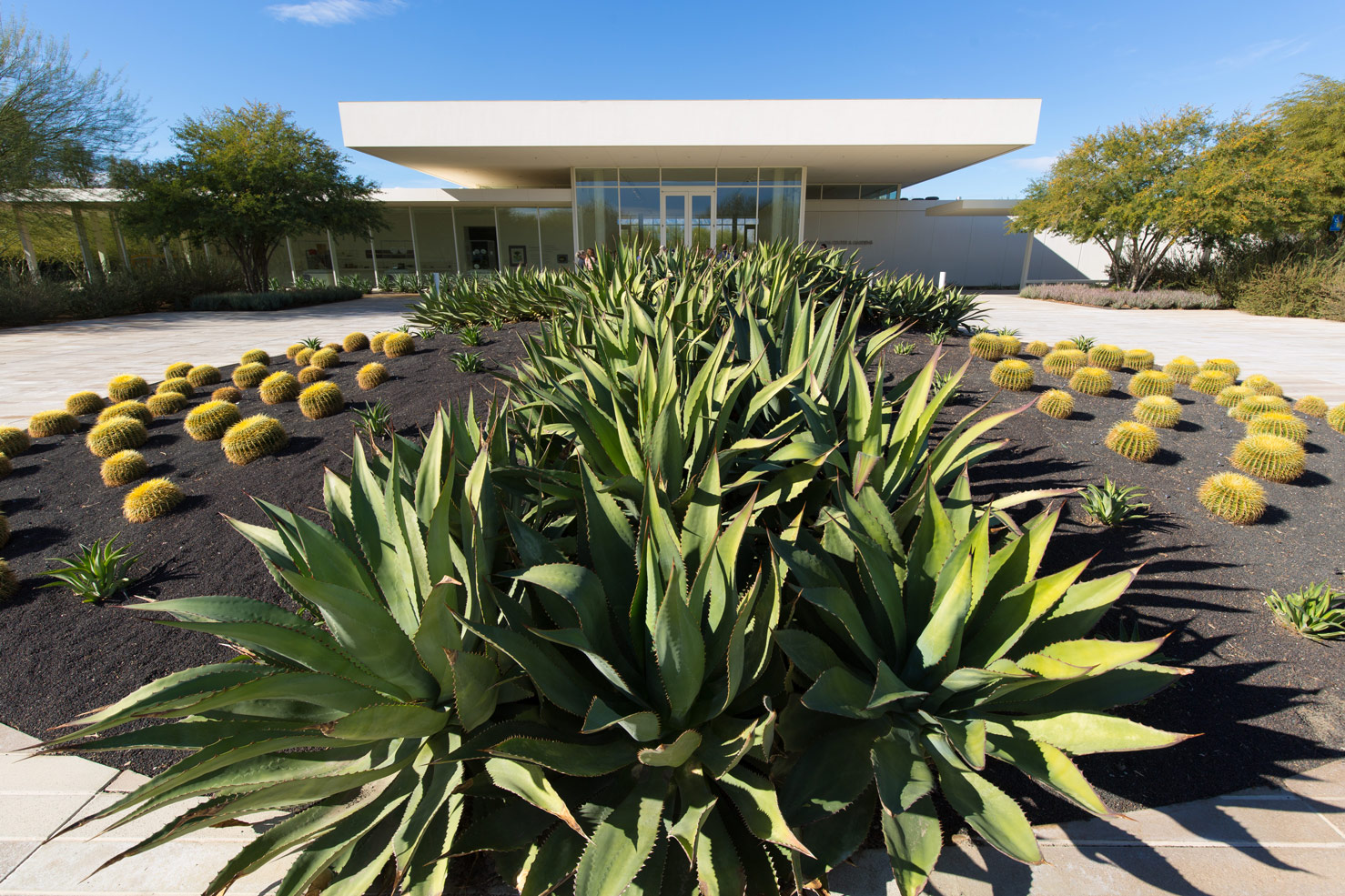 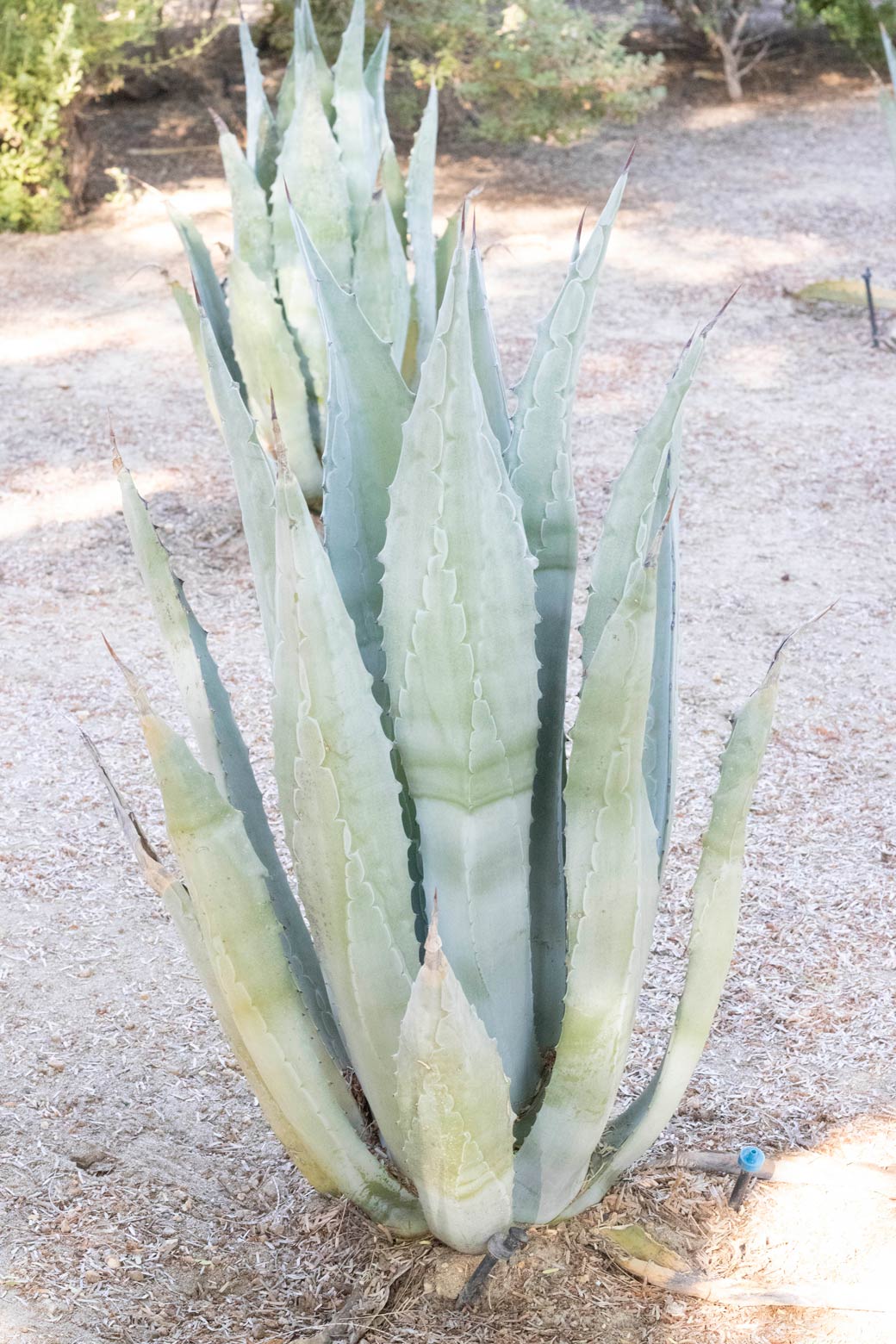 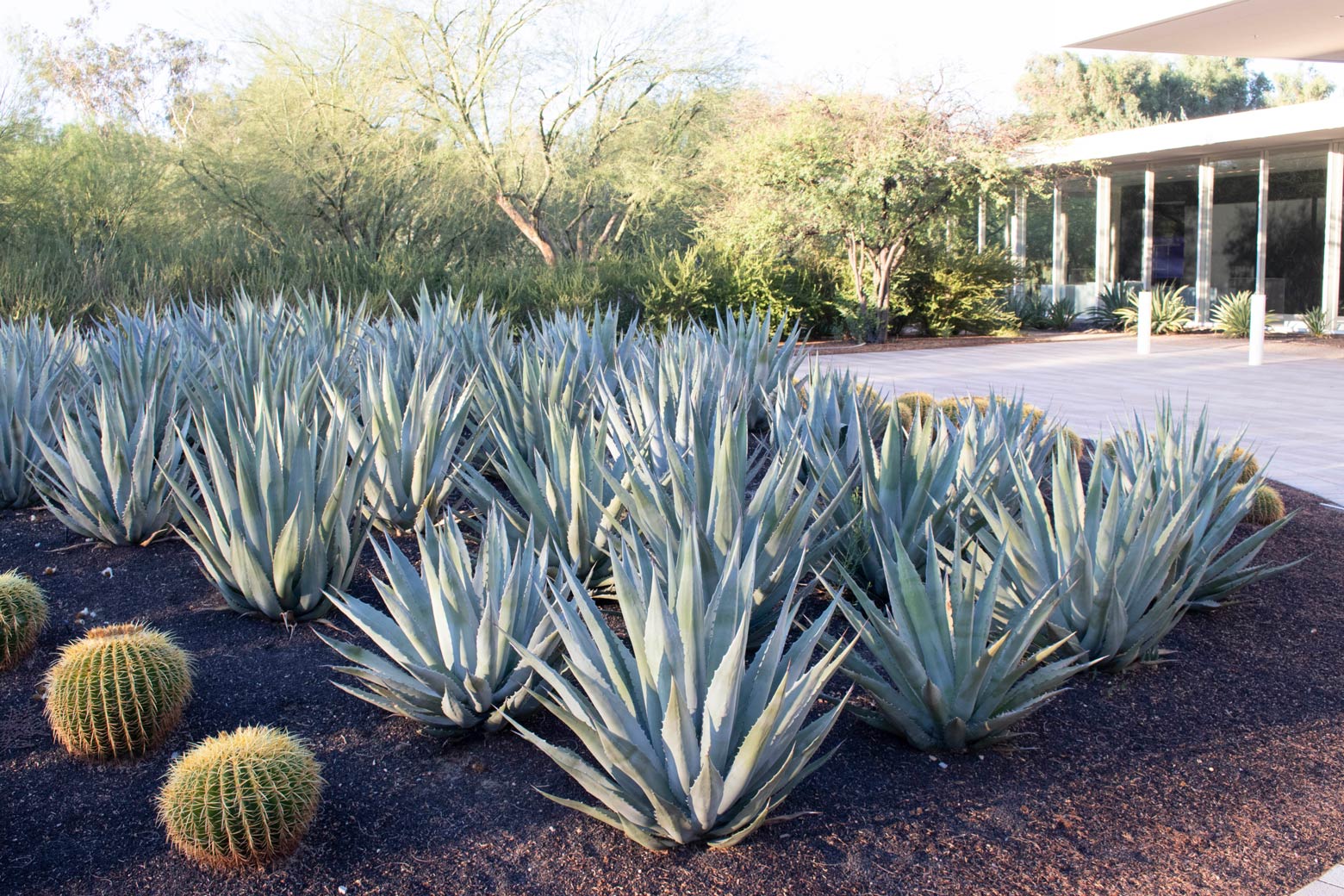 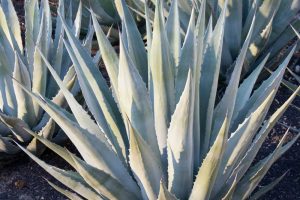 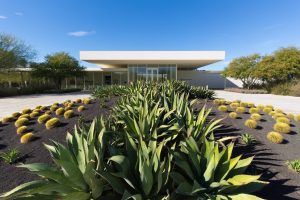 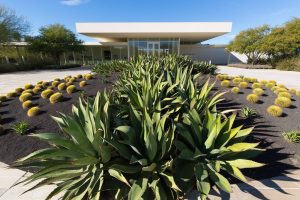 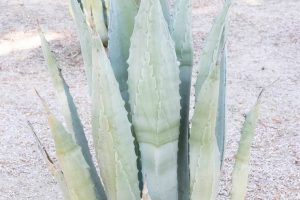 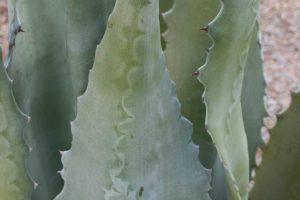 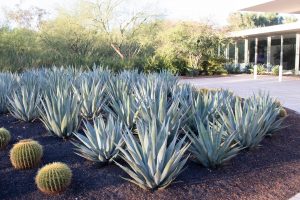