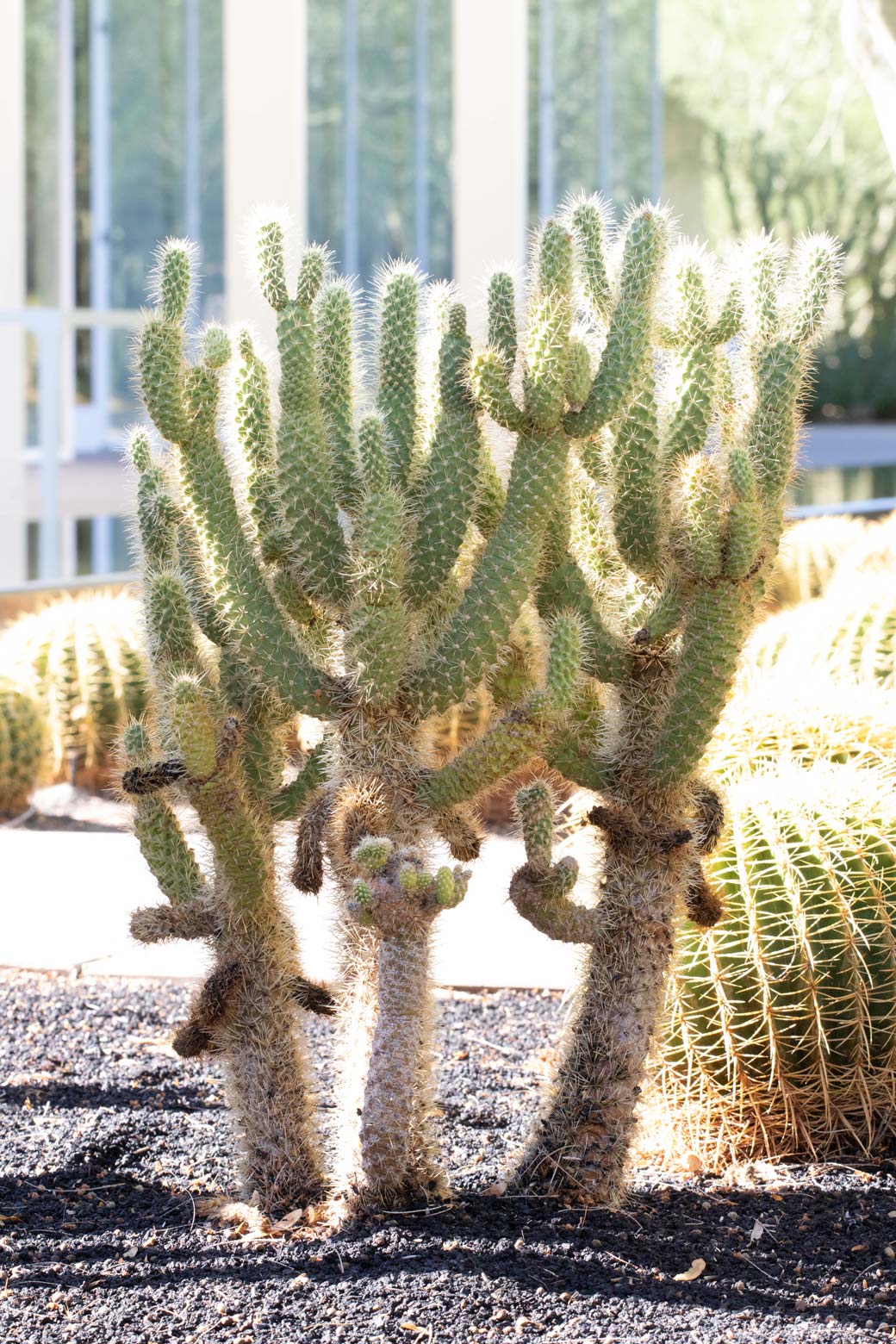 Teddy Bear Cholla is in the specimen beds between the café and the solar field. The nickname Teddy Bear comes from its appearance as a fuzzy plant, but the “fuzzy” is actually densely placed blond spines. Also referred to as Jumping Cholla, this skilled desert propagator uses a clever method to expand its territory. Barbs at the end of each spine allow the Cholla to grab on to anything passing with the slightest brush against it. It readily detaches from the main plant to hitch a ride on fur, t-shirts, or human skin. The touch need only be slight. Often the victim doesn’t realize a transfer has occurred. It’s easy to assume the spined balls jumped off the main plant or up from the ground where they blow around until settling to root in sandy or rocky terrain. Cactus Wrens and even Mourning Doves recognize the benefits of nesting in Cholla where predators risk serious injury if they pursue them. Small desert woodrats go a step further, using them to build a fortress around their burrow entrances.

The blooms are cup-shaped and range from a green to yellow color. They are sometimes tipped in tones of red.

Cholla’s range extends from the Mojave Desert in California, Nevada, and Arizona, down into Baja California and the Sonoran deserts of northern Mexico. It prefers to be below 3,000 feet in elevation, in sandy and rocky washes, and in bajadas (base of alluvial fans). 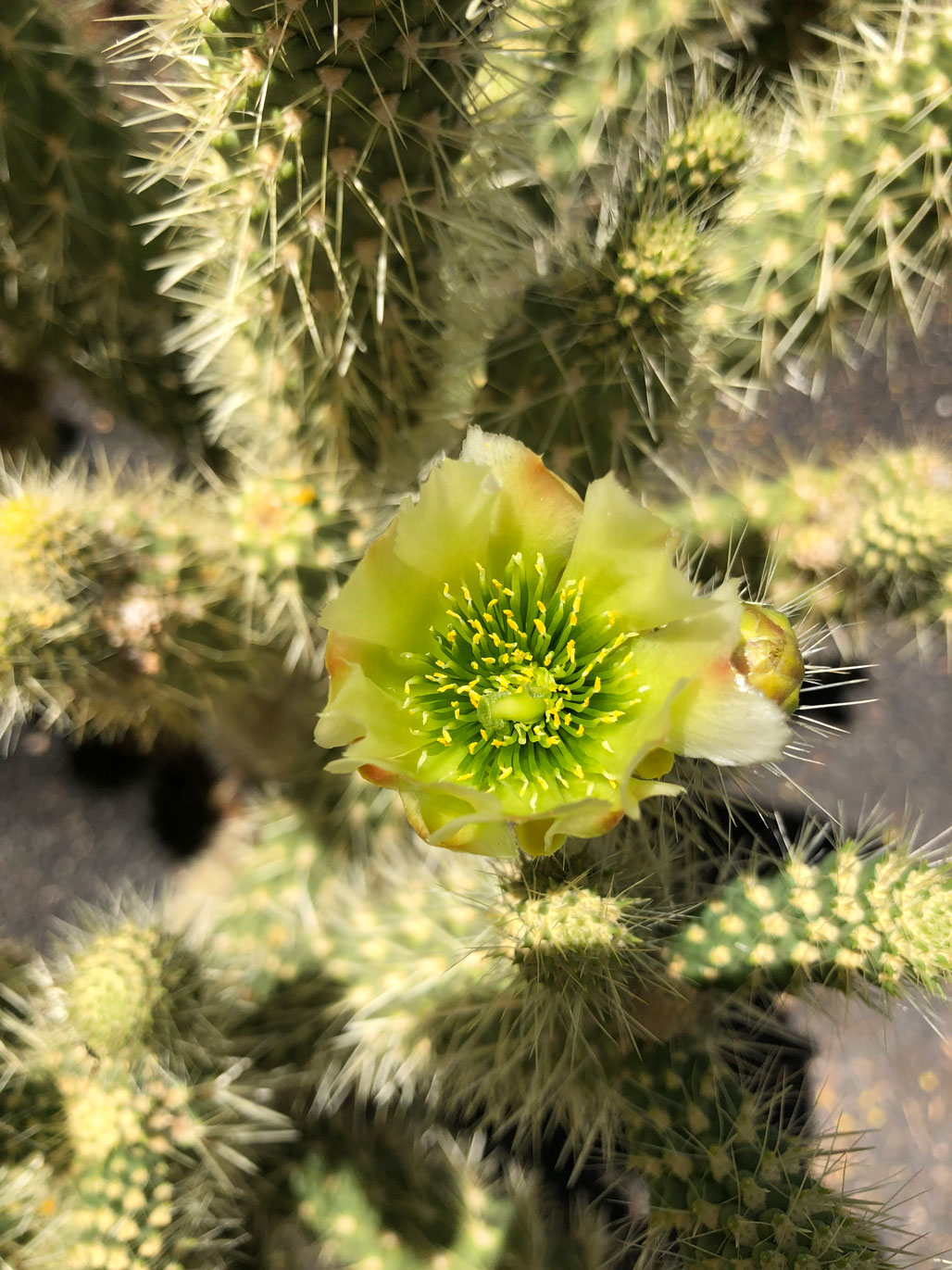 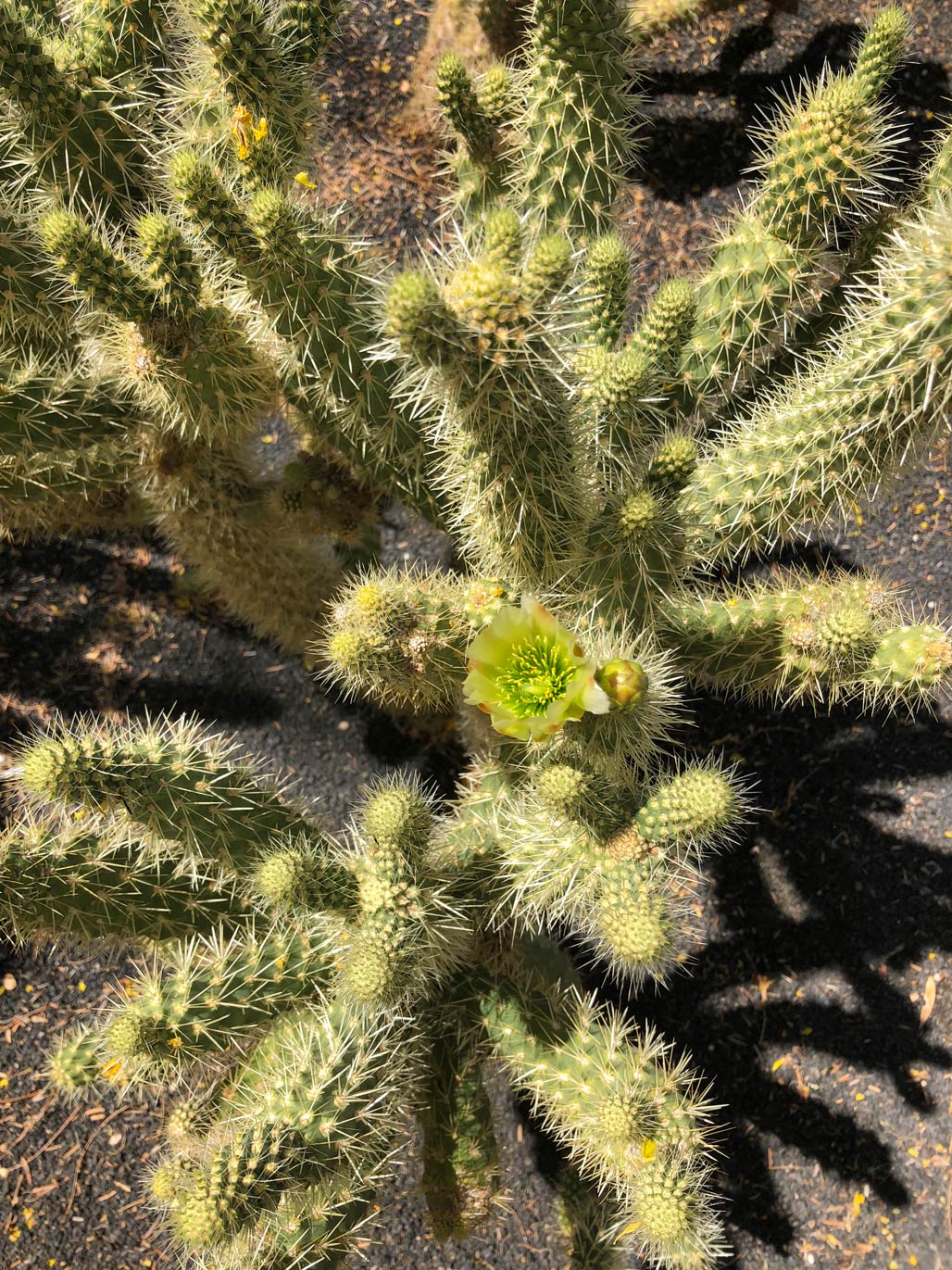 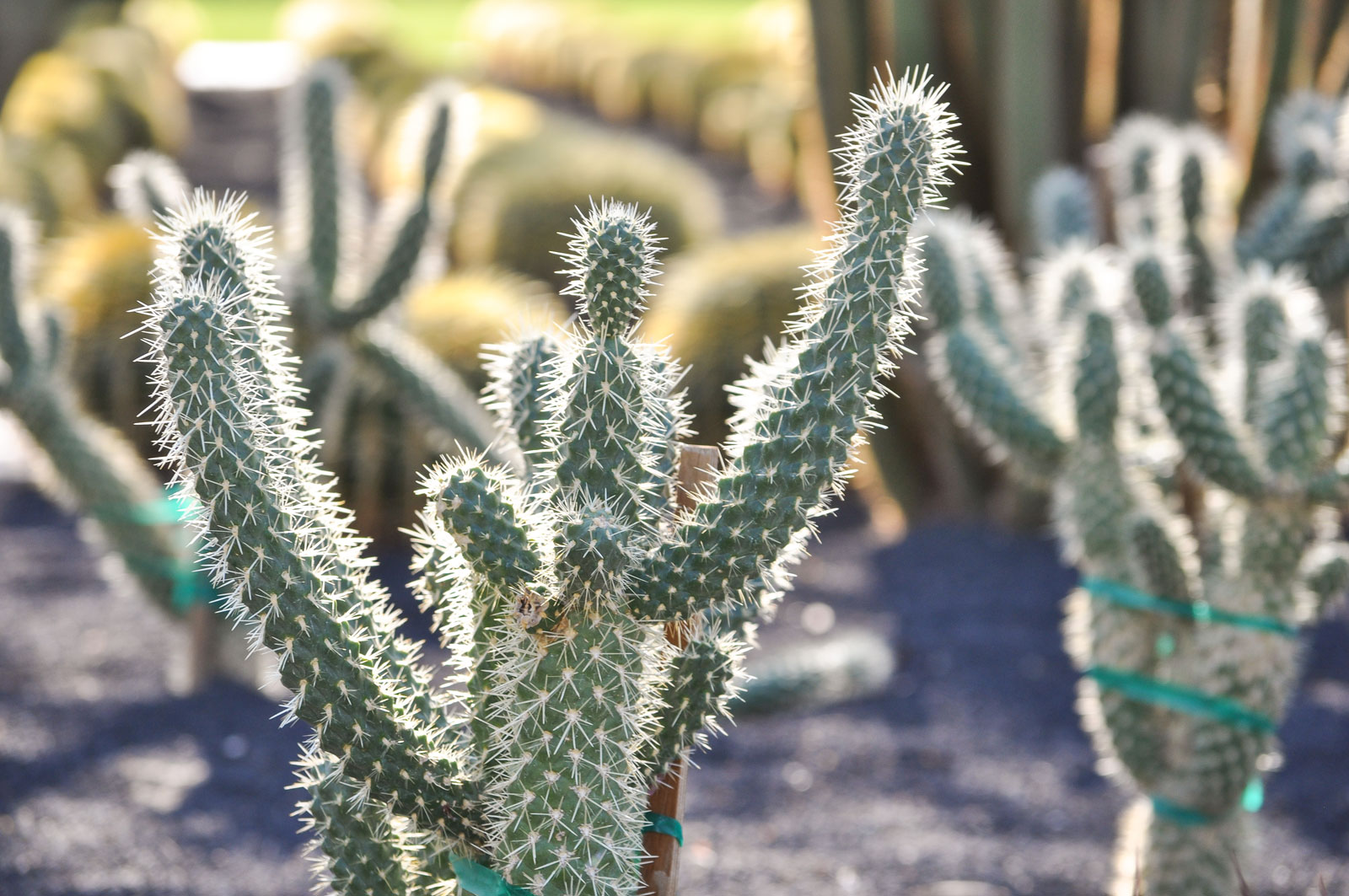 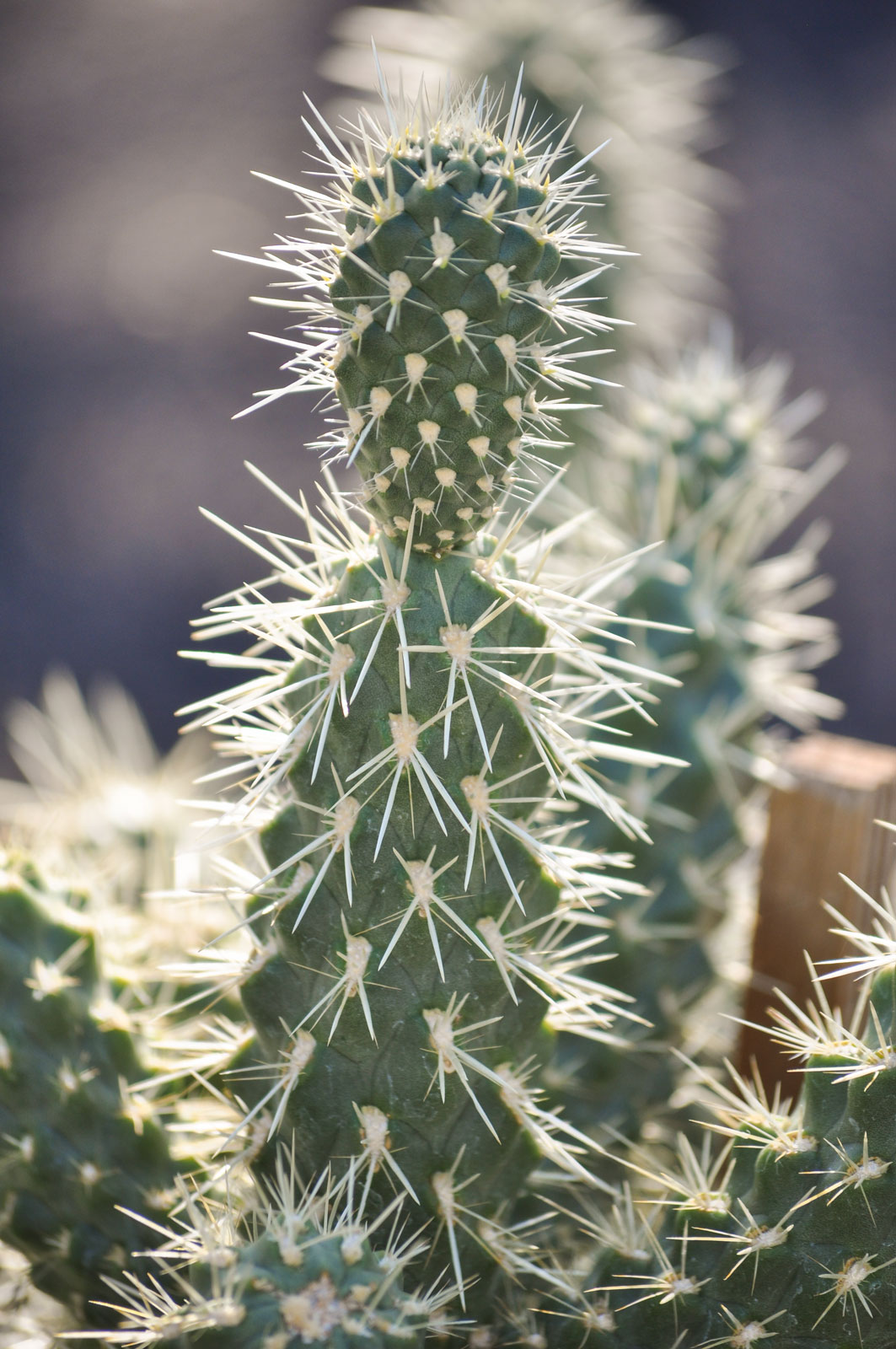 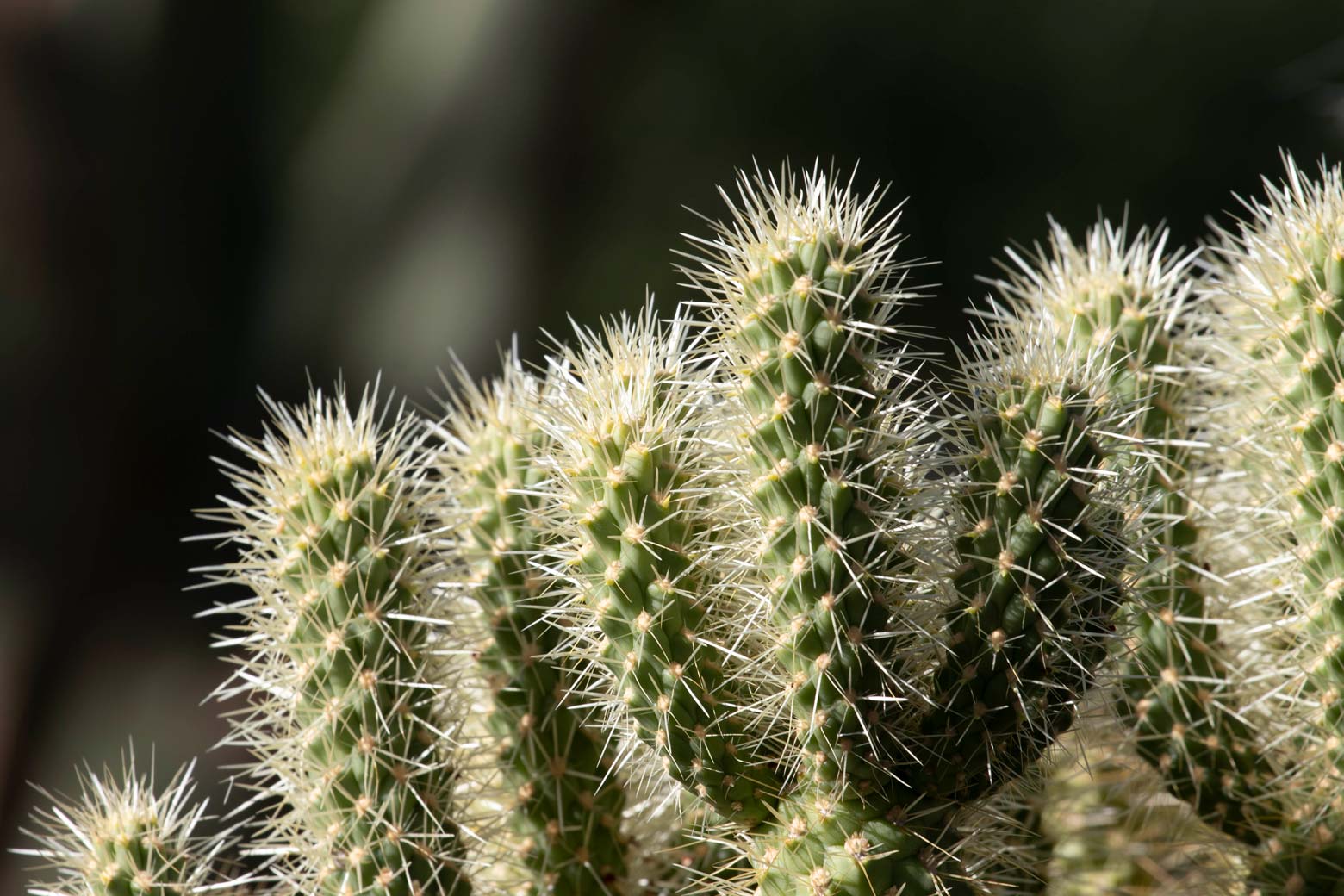