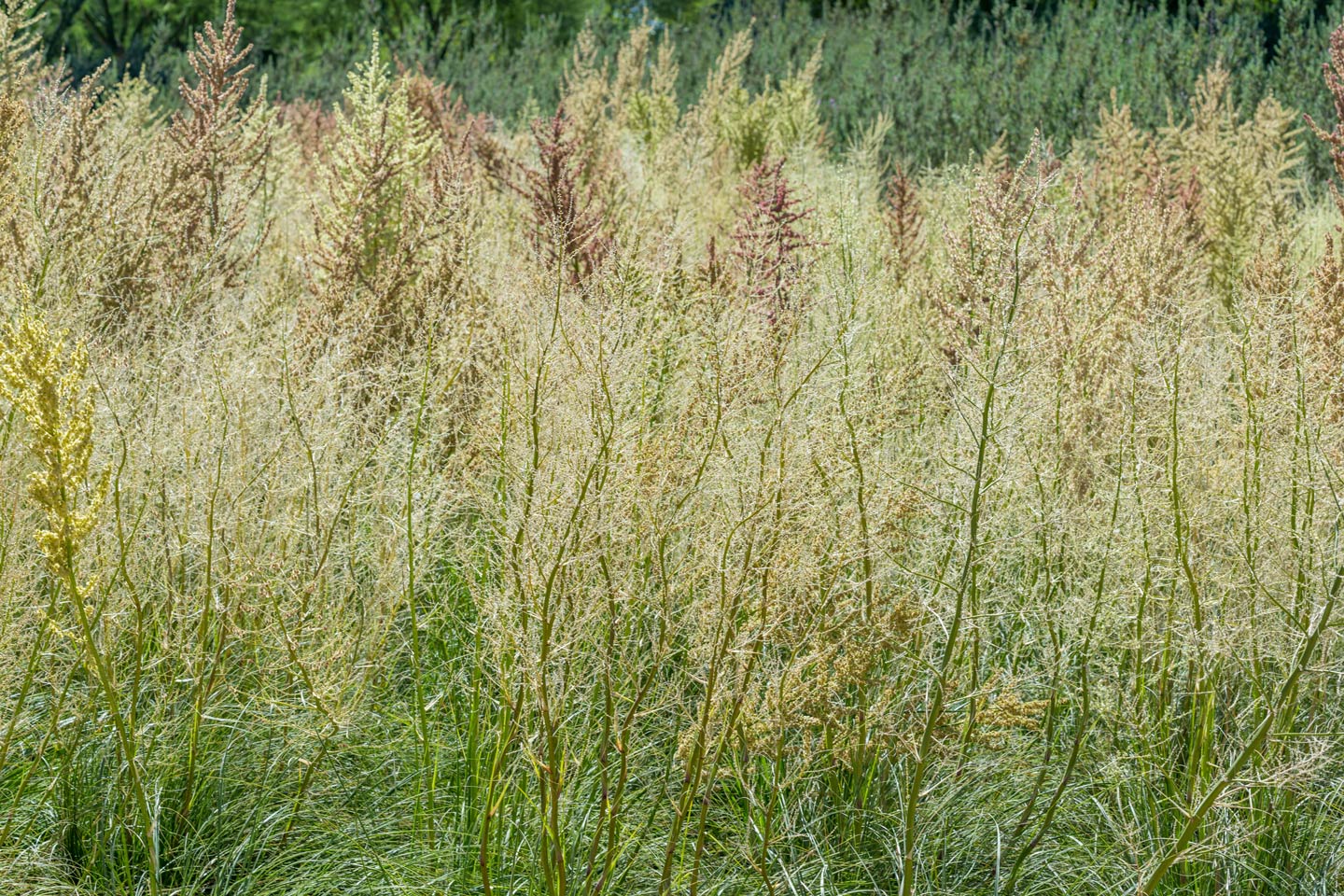 Texas Bear Grass creates waves of grassy leaves throughout the lowest part of the retention basin in the lower gardens at the east side of the Center. This stemless plant resembles a large bunch grass, but it grows straight at its center, only arching to the ground at the outer edges.

It can tolerate full sun and full shade so long as the soil is kept dry. It is cold, hardy, and drought tolerant with some supplemental watering.

It blooms in the heat of the summer, sending up an inflorescence (flowered stem) with white creamy flowers. Mauve seedpods will follow. Propagation is by seed.

Its distribution is quite extensive and includes central Texas, southern New Mexico and Arizona, and continues south into Mexico in the states of Sonora and Chihuahua. 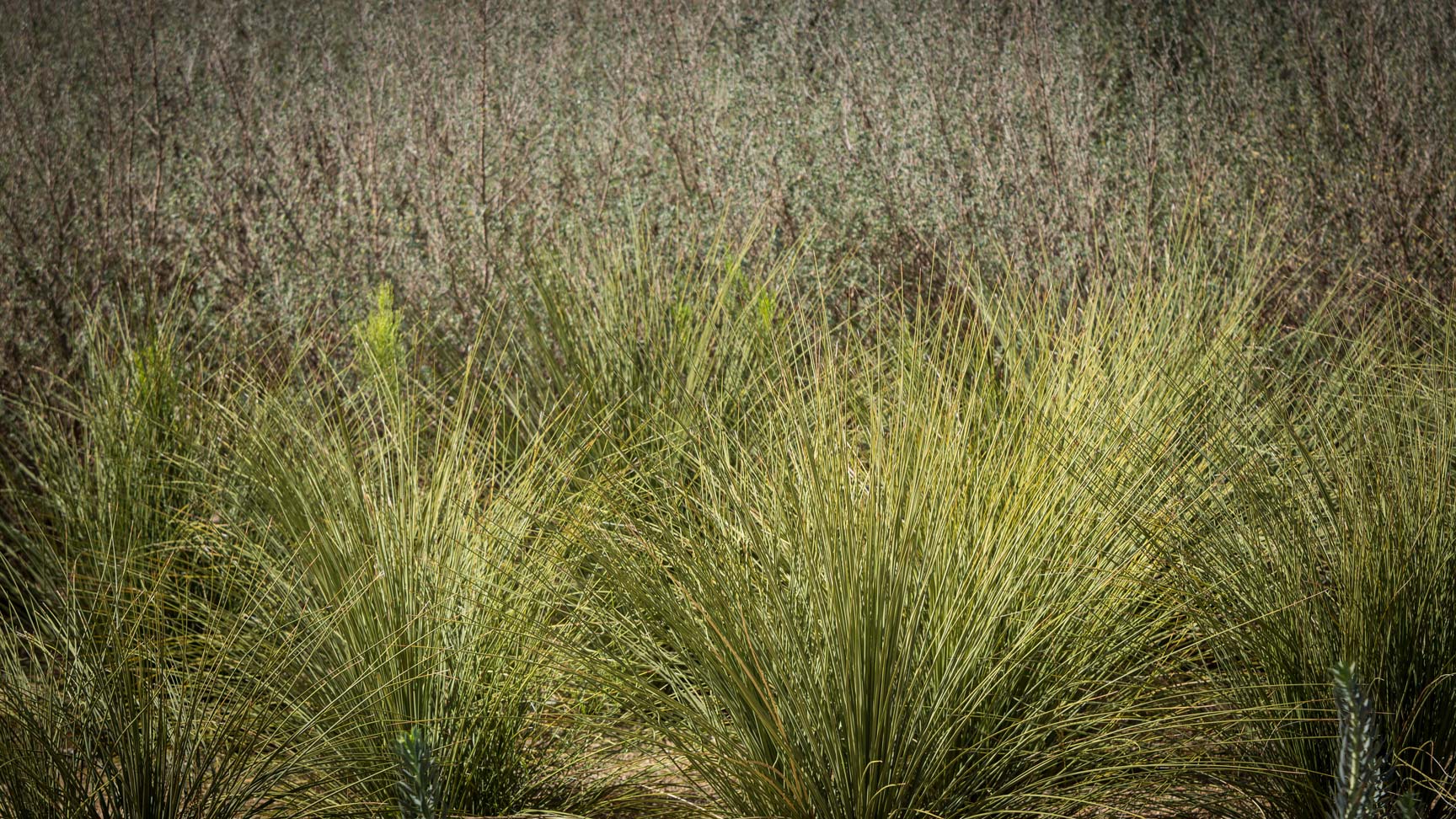 The genus Dasylirion refers to a group of native plants that resemble very large bunch grasses, having long, narrow leaves that grow from a central base. As Dasylirion ages, it can form a trunk that raises a grassy head. This is the source of the name “Grass Tree” for this species, which can grow a trunk 16 feet high. It is seen mostly at ground level. Mexican Grass Tree, unlike most Dasylirion, has smooth margins (edges) on its leaves. The species name quadrangulatum refers to the leaves’ shape, which appear rounded, but actually have four distinct sides. In a cross-sectional view, they have a diamond shape. An easy place to spot this plant at Sunnylands is outside the Center, east of the shuttle gate.

The Mexican Grass Tree is a distinct species and can be confused with Nolinas, another genus with a grass-like appearance. Mexican Grass Tree does well in full sun and partial shade, with a preference for some shade in the hottest climates. It may need additional summer irrigation. In temperate climates it requires very good drainage. Its ability to spread 9 feet, means that care needs to be taken when selecting its placement.

Mexican Grass Tree will send up a single inflorescence (flowered stem), with tiny, densely arranged cream-colored flowers. After pollination, it will set seed as its form of propagation, and will not set pups or clones like the desert succulents aloe and agave.

Distribution is the states of Nuevo León and Tamaulipas in northeastern Mexico and into the southwestern United States.